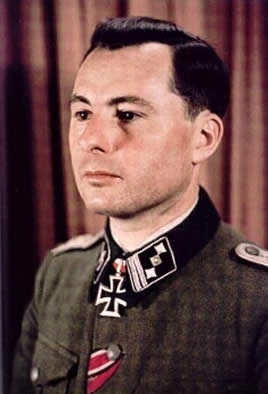 Léon Degrelle was born June 15th 1906, in Bouillon in the province of Luxemburg near the Belgian-French border. Between 1920 and 1924, he attended secondary school at the Jesuit college Notre Dame de la Paix (Our Sacred Lady of Peace) in Namur and went on to study law at the University of Louvain. He became editor of the student's magazine 'l'Avant Garde' and deemed this so important that he neglected his studies. He became the leader of the 'Association des Etudiants Catholiques à l'Université de Louvain' (Association of Catholic Students at Louvain University) and later on became involved in the 'Association de la Jeunesse Catholique Belge' (Association of Belgian Catholic Youth). In March 1929 he became the editor of the 'Cahiers de la Jeunesse Catholique', (Organ of Catholic Youth) the official paper of the movement.

Leopold III took the constitutional oath and became the fourth King of the Belgians on the 23rd of February 1934, one week after the death of his father, Albert I. He bore a heavy load. The thirties were characterised by major political instability. Between 1934 and 1940, Leopold III witnessed the coming and going of no fewer than nine governments. Like his father before him, he expressed strong criticism about the workings of Parliament and of the government. Leopold III advocated strong central power, but this power ought to originate in constitutional principles and the central role they accorded the King. 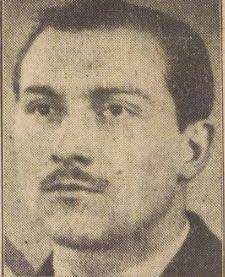 The Belgian Pierre Marie Ernest Sweerts, although sentenced to death in his own country, was initially not arrested after the Second World War. This was due to the fact that he had offered his services while working within the Reichssicherheitshauptamt (RSHA; the police-and security service of the SS). After the war he was employed as interrogator in special camps that were involved with mopping up the werewolf organisations (nazi underground resistance groups) and the hunting down of Abwehr- and SD-members in POW- and refugeecamps. After this he was employed in the Nederlandse Fiscale Recherche, the Dutch tax detective force, where he worked in tracing capital that had been embezzled by collaborators and nazis. De auteur van dit artikel schreef over dezelfde persoon het boek De Tarzan van Limburg (ISBN: 9789463387927).