The "Luftwaffen Ehrenpokal für besondere Leistungen im Luftkrieg" (Goblet for outstanding achievements in aerial warfare) was instituted by Hermann Göring on February 27th, 1940. On Janaury 12th, 1940, his birthday, the "Freunden der Luftwaffe" (Friends of the Air Force), the Reichsverband der Deutschen Luftfahrt-Industrie (State association of German aircraft industry) donated an amount of money to him in order to institute a "Luftwaffen Ehrenpokal für besondere Leistungen im Luftkrieg." The institution as per February 27th, 1940 was made public on March 11th, 1940.
The first awards were only published from September 1st, 1941 onwards in the Ehrenliste der Deutschen Luftwaffe (List of Fame of the German Air Force). Presentations prior to that date were not made public
The date of the awarding, as well as name and rank of the recipient were engraved in the base of the goblet. With the goblet, a certificate was presented, containing the name and rank of the recipient, the reason for the award and the date of the presentation. Only rank, name and unit were added to the List of Fame. The date of presentation was not recorded so from those lists only the date of publication on the List of Fame could be learned 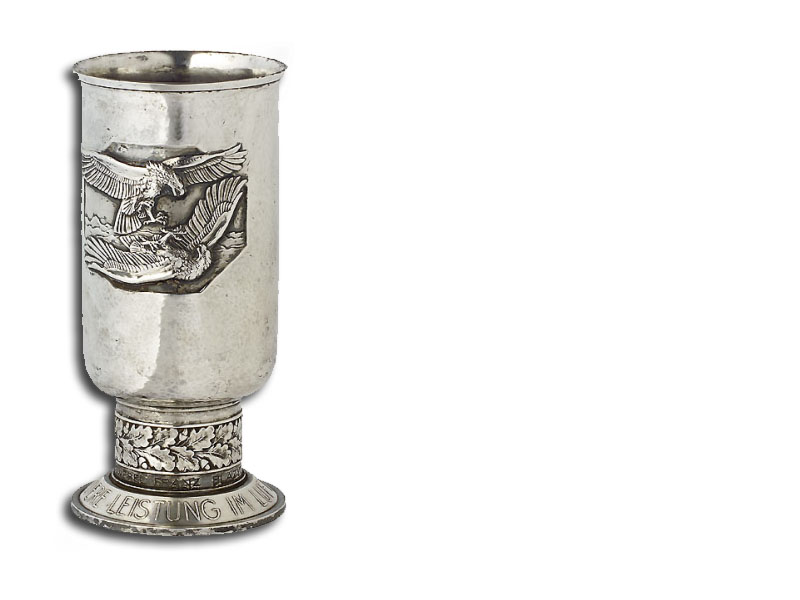