On July 31st, 1936, Adolf Hitler instituted the Deutsche Olympia Erinnerungsmedaille (German Olympic Memory Medal) in addition to the Deutsches Olympia Ehrenzeichen 1936 for services to the Olympic Winter and/or Summer Games of 1936 which did not merit a First or Second Class.
The award consists of a white, circular medal, The obverse depicts the German Eagle in front of a column showing the five Olympic rings. Next to the eagle, the year 1936 is engraved, two digits on either side.
On the reverse, the text "Für Verdienstvolle Mitarbeit bei den Olympischen Spielen 1936" (for meritorious cooperation during the Olympic Games of 1936) is engraved with an oak branch beneath.
The medal is suspended from a string, 1" wide showing the same colors as the German Olympic Medal of Honor and is to be worn in the same way as the medal of the Second Class. 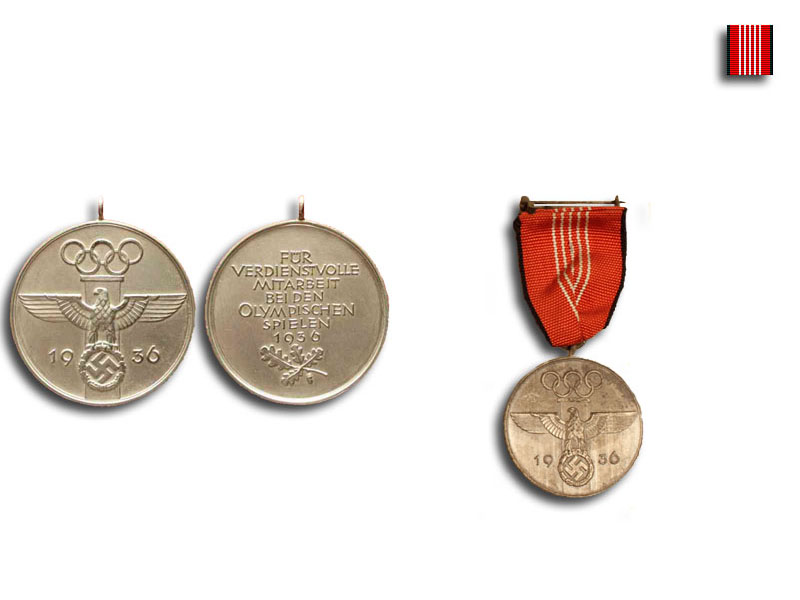