This 'Medal of Liberated France' was instituted on 12 September 1947 and was created to reward French and Allied personnel who made a notable contributrion to the liberation of France.
The obverse of the medal depicts a map of France, surrounded by a chain that is broken by two shellburst, one in the northwest and one in the southeast, each indicating an Allied landing place. The reverse of the medal shows the following inscription : "LA FRANCE - A SES LIBERATEURS" (France - to its
liberators). The ribbon has the colours and shape of a double inverted rainbow from red at the edges to purple in the centre. 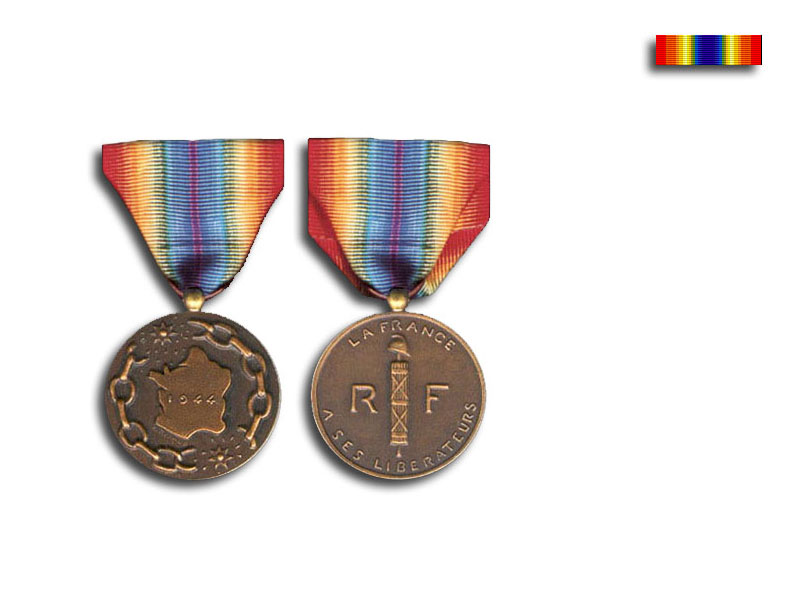