This award consists of a circular medal with the obverse depicting the image of the War Merit Cross without swords and on the reverse the text: "FÜR KRIEGSVERDIENST 1939". The medal is made of bronze and is generally of good quality. The medal is suspended from a ribbon which is the opposite of the one of the Iron Cross 1939, e.g. a broad black band in the centre flanked by -from the centre outwards- a white and a red stripe.

The award was awarded in a bleu, red or buff paper bag with the name of the award printed in black. 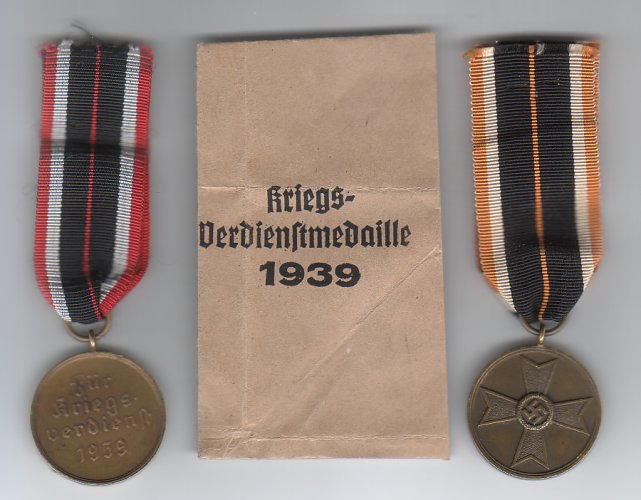