Awarded for the following actions, both around Stalingrad in late 1942

1) Playing a major role in seizing the Stalingrad tractor factory. By the 14.10.1942 his Panzer-Abteilung had already failed in two attempts to break into the southern and middle portions of the factory. Acting on his own initiative, Sauvant decided to launch a penetration attempt against the northern part of the factory from the sector of the neighbouring Division. This succeeded, and created a chain reaction which eventually led to the fall of the factory to the Germans on the following day.

2) Following this he took control of the Kampfgruppe von Pannwitz, consisting of 12 tanks from the repair shop and manned by maintenance crews. With this scratch force, and without waiting for orders, Sauvant destroyed a large portion of the Soviet 61st Cavalry Division on the 26.11.1942 near Scharnutovski. The next day he led this group north of Kotelnikovo into the rear of the Soviet 81st Cavalry Division, again destroying the bulk of this unit.

During the battle of Kursk, while deployed between the 6. Infanterie and the 9. Panzer-Divisionen, Sauvant was forced to deal with a major Soviet armoured counterattack. With his 10 available Tigers Sauvant took full advantage of the Tigers advantages, and with his group was able to eliminate 40 T-34 tanks. For this success Sauvant received the Oakleaves to his Knights Cross. 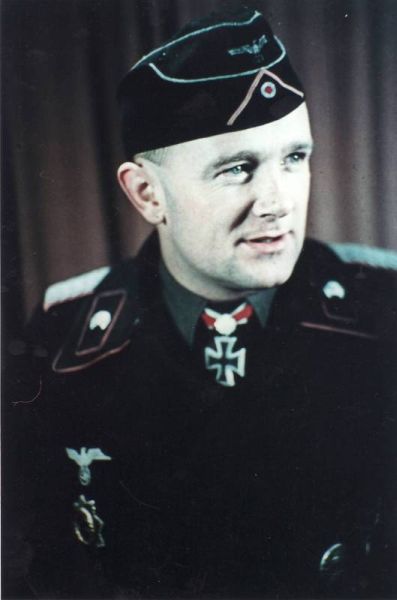