Werner "Vati" Mölders was born on 18 March 1913, at Gelsenkirchen. He was the son of teacher Viktor Mölders and his wife Annemarie, née Riedel. He was the third of four children, with an older sister, Annemarie, an older brother, Hans, and a younger brother, Victor.
He was set to becomöe the role model for all young German fighter pilots, hence the nickname Vati".
Mölders had had made his mind up to have a Military career after his father, a reserve-Leutnant in the King's 145th Infantry Regiment, was killed in action on 2 March 1915 in the Argonne Forest in France.
He entered the Dresden Military Academy in 1932 and would graduate two years later. In 1934 he applied for flight training with the Luftwaffe passing all but one test, the centrifugal spin chair which made him dizzy and caused him to vomit. A doctor was to recommend that Mölders was unfit to become a pilot. Mölders was determined though and practiced with the chair until he passed. Flying sickness though would continue with Mölders during the early part of his career but in the end hen would overcome the problem through perseverence.
For two years he was an instructor at Wiesbaden. He volunteered for the Condor Legion and arrived by sea in Cadiz on 14 April 1938. Later that year 3 Staffel of JG 88 needed a new leader to replace Adolf Galland in Spain and Mölders was chosen. Mölders scored his first victory, a Polikarpov I -16 fighter. It was also in Spain that Mölders would help every new pilot under his command to score their first victory and to help them through the experience. By the 31st of October Mölders had scored 14 victories in Spain and he returned to Germany in early November as the highest scoring pilot of the Condor Legion.
Werner would spend the winter teaching Luftwaffe recruits his tactics that he had learned while in Spain. Between 15 July and 3 November 1938, he shot down fourteen aircraft. At the end of the year he returned to Germany as the highest scoring German pilot of the Spanish conflict.
Mölders opened his World War II account by scoring in the opening weeks of the French campaign when he shot down a Curtis Hawk on the 20th of September 1940. By May he had become the first Luftwaffe pilot to reach 20 victories. Mölders scoring tactic was to hit enemy airplanes hard from close range. While leading 15 Messerschmitts on a patrol on 5 June 1940 he was shot down in combat by French ace Sous Lieutenant René Pommier Layragues. Mölders bailed out and floated to earth where he was captured by French troops. His initial experience in French captivity was harsh; he sustained abrasions to his face and his Knight's Cross was stolen from him. A French officer, Capitaine Giron, intervened, ensured he was treated fairly, and returned the stolen medal. When a French soldier was later sentenced to death by the Germans for beating Mölders, Mölders approached Hermann Göring and requested clemency, which was granted. His inprisonment lasted not long though as France surrendered a few weeks later. He returned to Germany to be promoted to Major and given command of JG 51 as Kommodore. On 28 July 1940, during his first flight with his new unit, he succeeded in downing a Spitfire, but his aircraft was then hit by the enemy aircraft. Severely wounded in the legs, Mölders just managed to make an emergency landing at the airfield at Wissant in France. It was not until a month later that he was able to return to combat. He quickly brought his score up by downing 28 British fighters during the remainder of the Battle of Britain, including his 40th, a Spitfire over Dungeness, on 20 September. The next day. On 22 October he downed three RAF Hurricanes to become the first Luftwaffe pilot to reach a score of 50 aerial victories. By the end of the Battle of Britain he had a total of 54 victories, and he would add one more before the end of the year. By the 26th of February Mölders was Germany's second highest scoring Ace with 68 victories behind him. By June of 1941 Mölders was on the east front, and JG 51 would became the first Luftwaffe fighter group to reach the 1,000 victories mark. On another day in June JG 51 shot down 96 Soviet aircraft and Mölders accounted for 11 of those, by the end of July Mölders had 115 victories to his name.
Realizing that Mölders was too valuable to risk in combat, the higher powers in the Luftwaffe decided to ground him and at the age of just 28 he became Inspecteur der Jagdflieger (Inspector of Fighters). He was constantly on the move, wherever he was required Mölders would be creating and directing battle groups of Stukas and fighters. It was around this time that Mölders received notice of Ernst Udet's suicide and he requested to be one of the guard of honours at the funeral. In very bad weather Mölders took a flight in a Heinkel HE 111 bomber. The plane took off in a violent thunderstorm despite pleas from the pilot to turn back. But Mölders insisted that the flight continued. When the aircraft neared Breslau one of the engines failed. As the aircraft approached the landing strip the second engine failed. The Heinkel slammed into the ground killing Mölders instantly. It. Mölders was buried next to Ernst Udet and Manfred von Richthofen. The 8.8 cm flak in Berlin Tiergarten fired a salute; Hermann Göring gave the eulogy.Only hours after his death, Jg 51 was awarded the name Mölders. Werner Mölders finished the War at the age of 28 as General with 115 victories achieved over the course of over 300 sorties (14 in Spain, 68 in the West and 33 in Russia).

Werner Mölders was extremely pattriotic while making no secret of his dislike of many aspects of National Socalism, which stemmed from his Roman Catholic faith. Even Hitler recognized his qualaties and is recorded as having rounded on some of Mölders' critics amoung the Naze leadership and warned them not to harass the Lufwaffe ace, whom Hitler described as 'a decent man'. Mölders demanded that all Allied aviators captured by those under his command be treated civilly and often would invite captured pilots to dine with him.
On April 13, 1968, a Destroyer of the Federal German Navy was christened "Mölders". It was in Service between 1969 and 2003. As of June 24, 2005 it is the central attraction at the Navy Museum in Wilhelmshaven.
On November 9, 1972 a base of a Battalion of the 34th Signal Regiment of the Federal German Army received the name "Mölders".
Most notably, the Fighter Squadron 74 (Jagdgeschwader (JG) 74), stationed in Neuburg on Danube received the name "Mölders" in 1973. In 2005 the German Ministry of Defence (Bundesministerium der Verteidigung) decided to remove the name "Mölders" from the JG 74. This was done in accordance with a decision from the German Parliament (Bundestag) in 1998 due to the 61st Anniversary of the bombing of the town of Guernica in Spain during the Spanish Civil War. Werner Mölders was a part of the "Condor Legion ". According to Parliament a member of the "Condor Legion " should "not be honoured any more".

Hauptmann Mölders has distinguished himself through both his personal bravery before the enemy as well as his especially successful leadership of his Jagdgruppe. Hauptmann Mölders already achieved a total of 20 aerial victories by the 29.05.1940.

Our fighter force shot down 17 enemy fighters in yesterday's aerial combat. Oberstleutnant Mölders achieved his 52nd and 53rd aerial victories in the course of the action.

The fighter wing under the leadership of Oberstleutnant Mölders achieved its 750th aerial victory on 22 June.

... in the process, Oberstleutnant Mölders achieved his 82nd, and Hauptmann Joppien, his 52nd aerial victory.

(Extra) Oberstleutnant Mölders, commodore of a fighter wing, shot down five Soviet aircraft yesterday in combat on the Eastern Front. This means he has achieved a total of 101 aerial victories in this war and, combined with his 14 aerial victories in the Spanish campaign, a grand total of 115 aerial victories overall.
The Führer and commander-in-chief of the Wehrmacht has chosen this heroic Luftwaffe exemplar, the world's most successful fighter pilot, to be the first Wehrmacht officer to receive the highest German award for bravery, the Oak Leaves with Swords and Diamonds to the Knight's Cross of the Iron Cross. 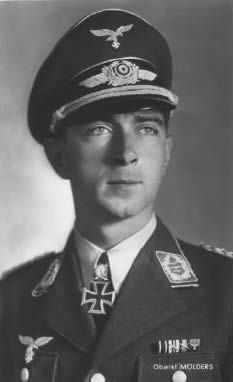 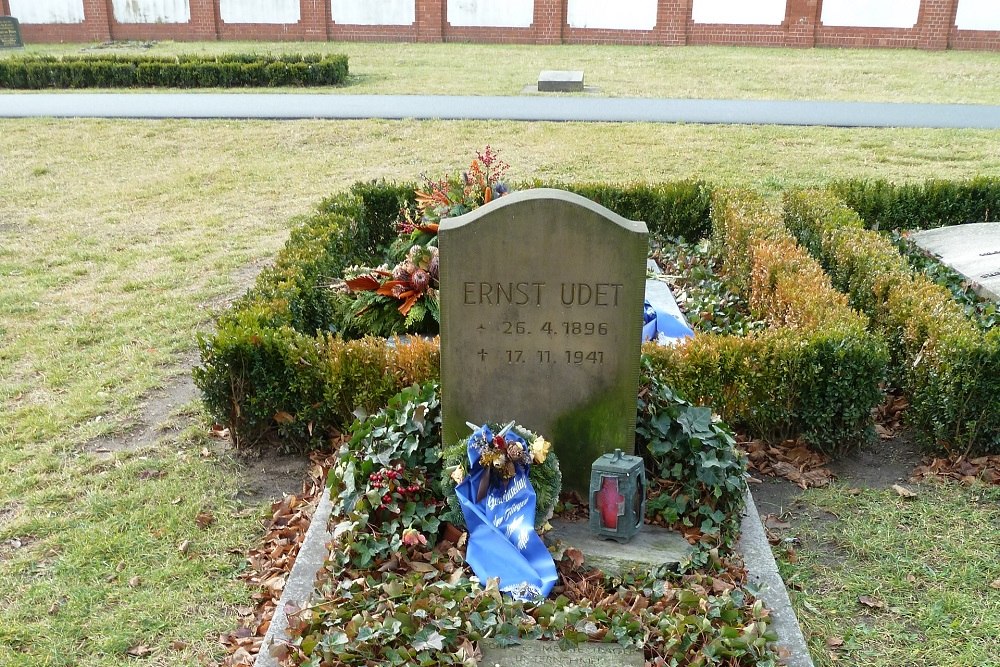