Oberleutnant Ebersberger was credited with 27 air victories (22 Spitfire) all achieved on the Western Front.
On the 24. 10. 1943 he flew startete with his Fw 190 from the airfield of Liegescourt- France to counter an attack performed by several british aircrafts and was shot down. He succeeded to bail out but he was too close to the ground for a correct opening of his parachute and was burried in the war cemetery in Lille. 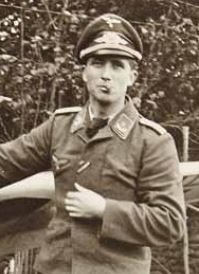 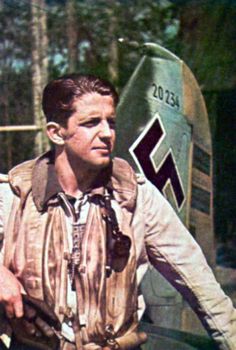