Awarded for his leadership of the 8. Panzer-Division during the opening stages of Operation Barbarossa. He directed his Division with great prudence and energy during the breakthrough of the Soviet border positions, the crossing over the Dubissa river and the subsequent pursuit battles up to the Daugava river. Here he and his men captured two large bridges over the river that the Soviets had prepared for demolition, and by doing so a decisive prerequisite for Heeresgruppe Nords swift continued advance was established.

Awarded for the distinguished leadership of his Korps during the fighting along the Mius river in the summer of 1943 as well as in the subsequent withdrawal battles back to the Dnieper river. 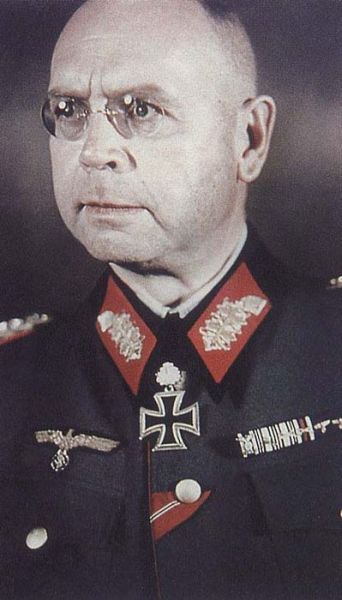