Morton T. Seligman received his first Navy Cross at the end of the First World War. although he received a second Navy Cross for his part in the Battle of the Coral Sea, he was held responsible for leaking confidential information. Eventually he was forced to retire in 1944.

"For exceptionally meritorious and distinguished service in the line of his profession as Commanding Officer of the U.S.S. C-272, engaged in the important and hazardous duty of sweeping for and removing the mines of the North Sea Barrage during World War I."

Citation:
"For extraordinary heroism and distinguished service in the line of this profession as Executive Officer of the Aircraft Carrier U.S.S. LEXINGTON (CV-2), in action on 7 and 8 May 1942, during the Battle of the Coral Sea. During and after that battle Commander Morton directed the damage control and fire fighting parties, inspecting and visiting all critical parts of the ship. He personally assisted in removing all the wounded in many places. His distinguished leadership and timely decisions contributed greatly to the success of our forces and was largely responsible for the small loss of life that occurred when the ship was abandoned. Commander Seligman's conduct throughout was in keeping with the highest traditions of the Navy of the United States." 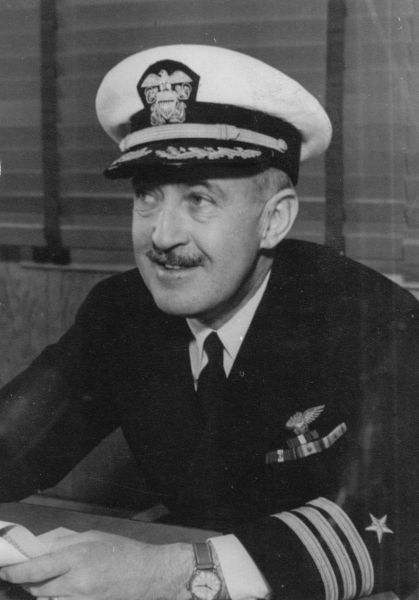