Peter Nebel reached the rank of Major during the Second World War. After the war he served until 31st March 1973 with the Bundeswehr and finally reached there the rank of Oberst.

Awarded for his actions near Moscow (on the Nara river) in December 1941. Here the Sturmgeschütze of his Abteilung were of vital importance to the survival of the German infantry. When the Soviets broke through the lines of the decimated 34. Infanterie-DIvision, Oberleutnant Nebel launched a furious counterattack on his own initiative, personally leading the last operational Sturmgeschütze of his Batterie. These went on a rampage behind Soviet lines in the area around Kosselskaja, destroying tanks, MG nests and AT guns alike. Nebel personally accounted for 6 tanks as well as several gun emplacements. By this action he permitted the German infantry to regroup and reform a defensive line. Nebel would be recognized appropriately for his actions. 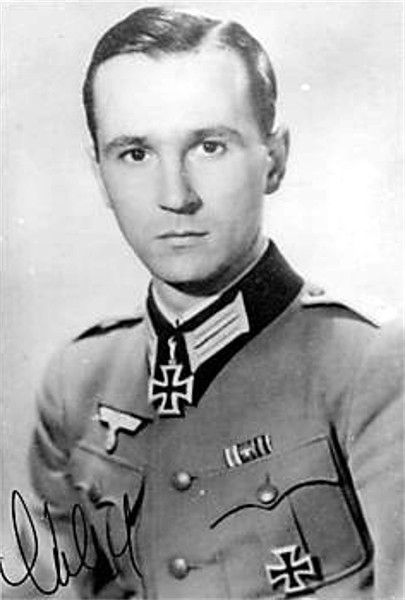