François Venesoen was born on 19th October 1920 and as he grew up he developed a longing to become a fighter pilot, so in the late 1930's he enlisted into the Belgian Air Force (Aéronautique Militaire).
However his dreams were shattered in May 1939 when he failed pilot training, but despite this setback he re-mustered to become an air-gunner. François was sent to Nivelles aerodrome to a squadron within III Groupe of the 2e Regiment d' Aéronautique to fly in obsolete Fairy Fox two-seat biplane fighters.
After Belgium was defeated Venesoen boards on June 23thd the HMS Ettrick in Saint-Jean-de-Luz and manages to escape across the English Channel, arriving in England on the same day, where he immediately sought to enlist in the Royal Air Force.
It was not until 27th August that François was posted to serve as an NCO air-gunner with the Bristol Blenheim MkIVF's of No.235 Squadron based at Bircham Newton in Norfolk. The Squadron usually had the task which consisted mainly of convoy protection patrols and reconnaissance missions over the North Sea with occasional forays to attack the French Channel ports.
The squadron suffered comparatively light losses of 6 aircraft on operations from July to October of 1940, and with claims for at least 12 Luftwaffe aircraft, achieved what could be considered a good return! Sadly however most of the crews No.235 Squadron lost went missing, but François survived the Battle of Britain as one of the Belgians to have proudly served amongst the ranks of 'The Few'.
He applied for pilot training whilst with No.272 Squadron, which had reformed in November 1940 at RAF Aldergrove in Northern Ireland for shipping escort duties. He began his ab-initio pilot training with No.13 Service Flying Training School, and on successfully completing his elementary flying moved to No.5 Flying Training School at RAF Sealand near Chester on 9th July 1941, where he was soon granted a Commission. In October Pilot Officer Venesoen at long last realised his dream, for he gained his 'wings' and went to No.61 Operational Training Unit at Heston in Middlesex, to convert onto teh Spitfire.
On 18th December he joined the newly formed No.350 (Belgian) Squadron flying Spitfire MkIIA's at RAF Valley on the island of Anglesey for operational defensive duties and convoy escorts over the Irish Sea.
In April 1942 the squadron moved to Southern England to join the Debden Fighter Wing for the hazardous task of fighter sweeps over occupied Northern France.
To test the German defences and to lift the spirits, plans were put together for an amphibious attack on the heavily defended port of Dieppe under the codename of Operation Jubilee. The day of the attack on 19th August proved costly for the Allies with heavy casualties both on the beaches and in the air, with RAF Fighter Command losing around 100 aircraft whilst covering the assault. Valuable future lessons were learned from the ill-fated operation, but Venesoen achieved success for himself that day when he claimed the destruction of 2 Focke-Wulf Fw190's - his first personal victories over the Luftwaffe. During the squadrons fourth sortie of the day François had a wingtip on his Spitfire shot away, but he returned safely.
His next success came on 16th November when he shared in the destruction of a Junkers Ju52 over St.Aubin airfield in France during a Rhubarb sortie. In March 1943 No.350 Squadron moved north, but François remained in the frontline with a posting to No.610 Squadron and soon would claim another victory on 29th March when shot down a Fw190 off the coast near to Brighton.
On 24th September, 1943, François Venesoen achieved his last credited victory when he shared in the shooting down of a Messerschmitt Bf110 at Cap St-Mathieu near Caen in Normandy.
Prior to the Normandy invasion, Venesoen went back to his countrymen of No.350 Squadron to conduct offensive missions with the Second Tactical Air Force, in readiness for the invasion of Mainland Europe.
On 6th June at 04:35 hours, François took off for an early morning patrol over the Normandy beachhead. The Squadron record book reads: "Over the Channel F/Lt Venesoen had to bale out owing to an internal glycol leak. His parachute opened alright and he was last seen by his Number 2 (F/O L. Siroux) alighting on the rough sea and struggling in the water, trying to inflate his dinghy. After F/O Siroux had pulled up to lead 3 launches to the spot, no trace of F/Lt Venesoen could be found".
He is now commemorated on Panel 203 of the Air Forces Memorial at Runnymede. He also got a memorial plaque on the 'Ereperk' in Evere with the notification 'disparu' (missing). 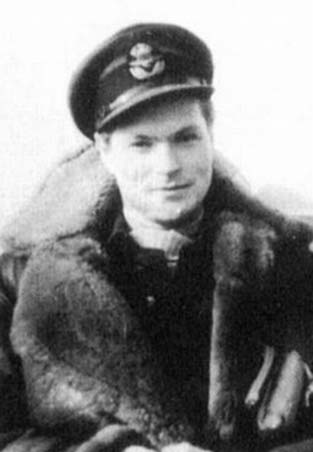