Recommendation:
On 13 April 1945, Le Régiment de la Chaudière was deployed and in position prepatory to launching an attack on the town of Zwolle in Holland.
To save as many Dutch lives as possible, it was necessary to know exactly the location of the enemy positions; many of which were not known. Private Major and a corporal from the scout platoon volunteered to enter the town and contact the underground movement to obtain the necessary information.
At the entrance of the town, was a road block guarded by a small group of enemy. The patrol was discovered and the Corporal killed. Pte Major killed two Germans and scattered the others. Undaunted by the death of a friend and comrade, he continued the patrol alone for 6 hours, contacting the underground and formed patrols of local Dutch civilians, with the result that by morning the enemy garrison menaced from inside and from outside, were forced to withdraw as their position became untenable. To urge them on Pte Major had the Gestapo headquarters set on fire.
At 0500 hours 14 April 1945, this gallant soldier, waded across a canal, after posting numerous patrols of the Dutch Resistance Movement at strategic points. On his way back, through wet and tired, he picked up the body of his Corporal and brought it in.
The gallant conduct of this soldier, his personal initiative, his dauntless courage and entire disregard for his personal safety was an inspiration to all. His gallant action was instrumental enabling in the mopping up, on the 14 April 1945, to be done successfully without a shot being fired. 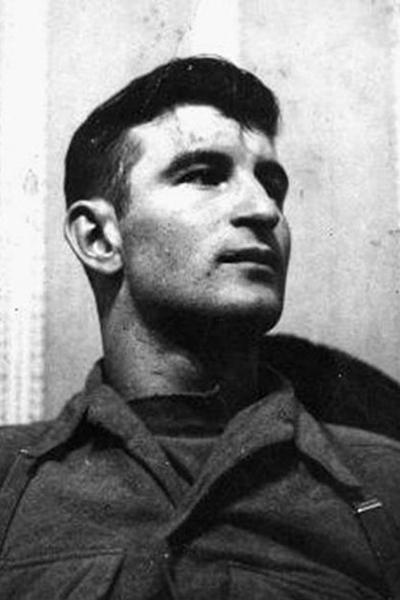