Pavel Petrovitsj Nikolajenko was born January 25th, 1916, in Joertsjenkovo in the Ukraine. He joined the Red Army in 1942 and got his military training at the Stalin Military Academy for Armored and Mechanized Troops. He graduated on May 20th 1944 in the rank of Starshiyi Leytenant (1st Lieutenant).

In august 1944 he was transferred to the 152th Independent Leningrad-Tank Brigade (1st Ukranian Front) as engineer-electrician. In 1945, Nikolajenko was promoted to Sapper Captain and ultimately reached the rank of Sapper Colonel in 1971.

Received for having risked his life while repairing seven tanks under fire during the Tallin offensive between September 17th and September 26th, 1944. 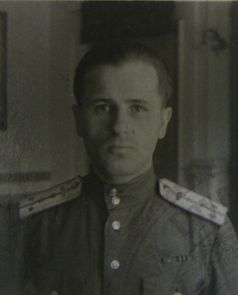