During the defensive battle at Wop, Harpe and his Division had to cover a 40-km wide sector. On the 24. and 25.07.1941 this sector was assaulted by a fresh Siberian corps. Through a combination of superior combat leadership and excellent Luftwaffe support, not only was the enemy attack repelled, but the Siberian 91st Division was completely annihilated in a counterattack.

Awarded for the role of his Division during the fighting towards, and subsequent withdrawal from, Tikhvin. His Division managed to seize the city as planned. Although Harpe was wounded in the head he remained with his troops. Later, after the German units there were ordered to withdraw, Harpe and his Division once again played a major part in ensuring this took place in an orderly fashion during the time period 10.-17.12.1941. Even though the city was almost surrounded, Harpe and his Division did an outstanding job as a rearguard unit and were able to ensure that the 3 retreating German divisions were able to reach their designated fallback position with minimal losses in men and equipment.

At the start of July 1943, as the commanding General of a Panzerkorps south of Orel in both attack and defense, General der Panzertruppe Harpe achieved a considerable success through the smashing of the enemy assembly areas for their offensive. This was possible thanks to his skillful and decisive leadership. When the Soviets then commenced their attack, he was able to reposition his troops swiftly and effectively for defense. They were able to repel the incoming Soviet divisions while inflicting heavy losses in men and especially in tanks.

Within a short time he was moved to the combat sector north of Orel. Here he was to rally the German units that had been forced to retreat in several locations (due to the enemy superiority) for defense. With only a young officer as an escort, he rushed from one hotspot of the fighting to the other and organized a cohesive resistance.

A major enemy penetration took place northwest of Orel on one of the last days of July. After General der Panzertruppe Harpe had ordered the necessary countermeasures, he rushed to the command posts of the impacted divisions. After a few hours the danger had been resolved thanks to his decisive intervention. The defensive front was successfully reformed and the onslaught of numerous enemy rifle divisions and tank brigades bloodily repulsed. 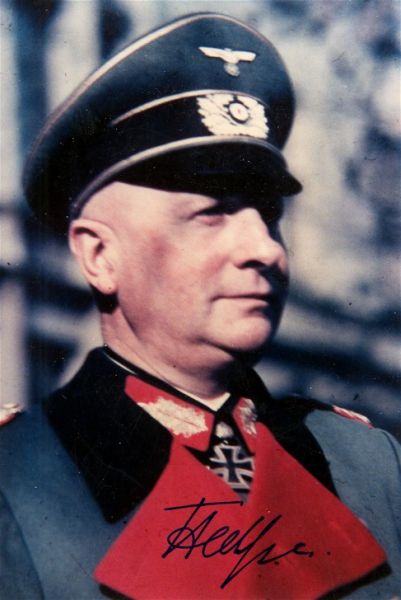