Awarded for distinguishing himself during the operations of the 11. Panzer-Division south of Cherkassy in the time period November-December 1943.

At the beginning of the battle of Courland, on the 23.12.1944, the Soviets managed to penetrate deeply into the combat area of the 21. Feld-Division (L) south of Dzukste following heavy artillery preparation. On the next day the Soviets continued their attack against the centre of the Divisions front with 6 rifle divisions and the bulk of a tank corps. Recognizing the danger of a breakthrough, Generalmajor Henze ordered a counterattack into the flank of the Soviet assault formation. This counterthrust managed to succeed with the support of Sturmgeschütze, and a new defensive line was formed. Soviet losses amounted to 90 tanks, 3 assault guns and 5 artillery pieces.

Henze would receive the Oakleaves for this action.
709th Award. 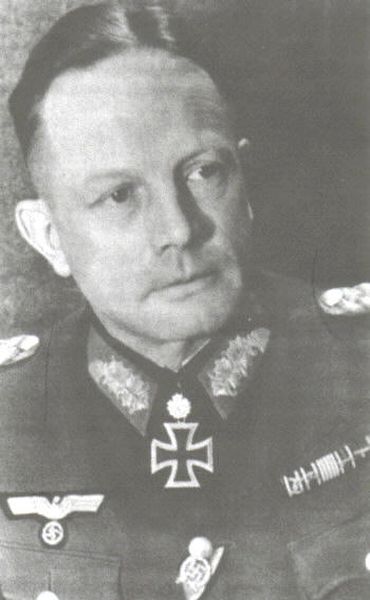