During the operations in Slovakia Kettgen was the driving force of his Bataillon, personally leading his men from victory to victory.

The freeing of the Germans in Neutral, the large fuel dump in Novaky, the breakthroughs at Hamry and Heiligenkreuz, the capture of Schemnitz and Karpfen, these are all inseparably connected with the name of the Bataillon Kettgen.

On the 26.10.1944 the Bataillon already exceeded its objective for the day after eliminating the enemy rearguard force. In a swift tempo it then captured Altsohl and crossed the Gran river, thereafter advancing to the airfield at Tri Duby (where it destroyed 37 enemy machines). It then defended this place against a tank-led counterthrust and then carried on with its own advance during the night until it reached the line VlkanovaBadin. The retreat movements of the enemy were thrown into disorder by this aggressive advance. Kettgen then made the independent decision to launch a night attack against Neusohl despite the strong enemy obstacles and mines that had been emplaced in its defense. By 06:15 on the next day he was present with the assault spearhead in Neusohl.

Kettgen was still not aware of the order issued on the 25.10.1944 to capture Neusohl with armoured elements by the time his report about the commencement of the night attack arrived. Personally fighting at the head of his Bataillon, he inspired his men forward despite the many enemy obstacles and mines (at night no less!) through his outstanding personal bravery and bold attitude. As a result they were ultimately able to exceed their days objective by 27 km.

Through this thrust into the heart of the Slovakian insurgency, the Czechoslovakian army was split up and its collapse significantly accelerated. 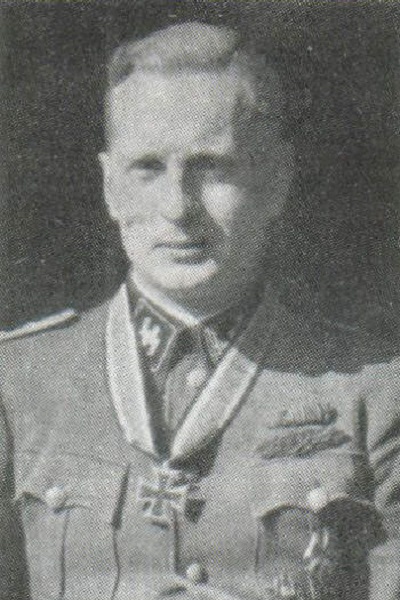