"While his company was being held up by intense artillery and machinegun fire, 1st Sgt. Anderson, without aid, voluntarily left the company and worked his way to the rear of the nest that was offering the most stubborn resistance. His advance was made through an open area and under constant hostile fire, but the mission was successfully accomplished, and he not only silenced the gun and captured it, but also brought back with him 23 prisoners." 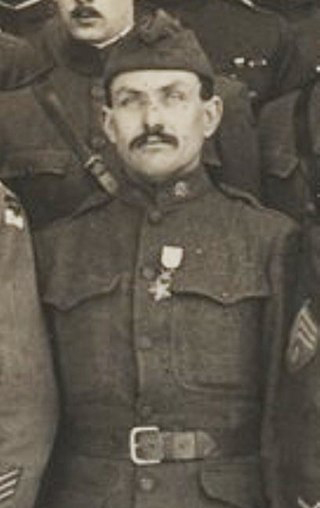