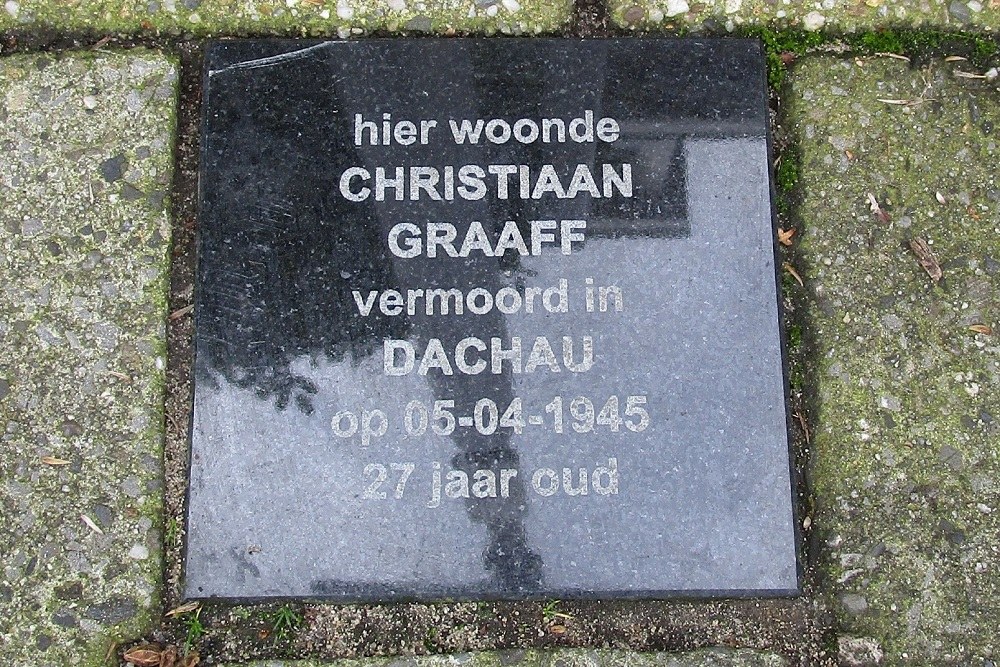 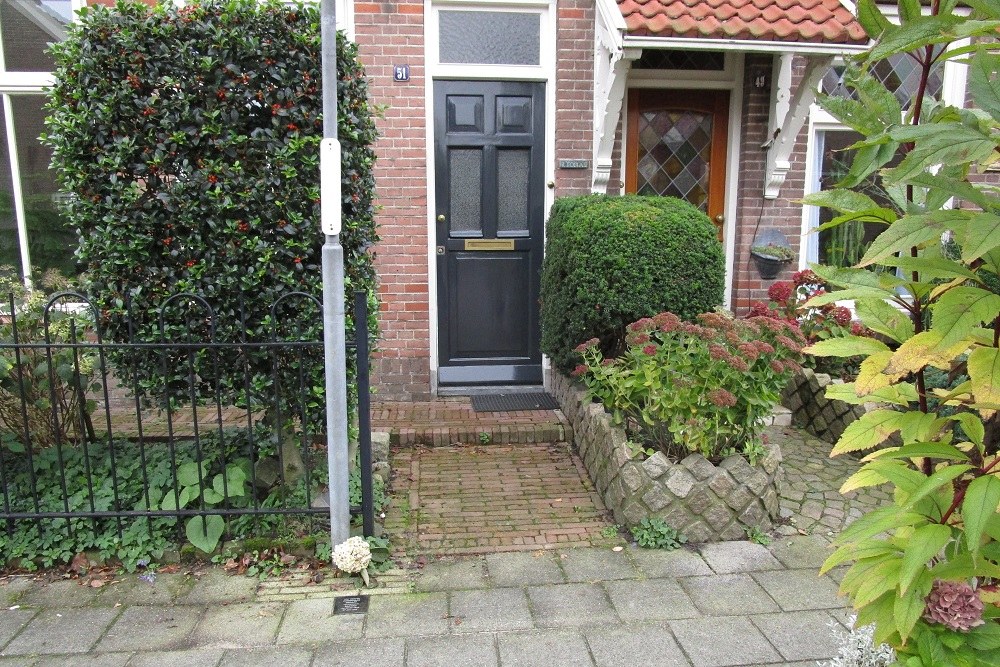 In Amersfoort are a Memorial Stone for:
CHRISTIAAN GRAAFF.
Murdered in Dachau
on 5th April 1945
27 years old.

These memorial stones are located here for war victims, deported and/or murdered in the Second World War. They are often placed as an alternative to the official Stolpersteine ​​of Gunter Demnig's project. Where there is no Stolperstein but people still want to commemorate, this memorial stone is used. In most cases, the stones are for the last known residential address of the victims.

In Amersfoort, the memorial stones are also awarded to resistance fighters who were killed.

This address, where the memorial stone has been placed, is the correspondence address of his parents, which was mentioned in an obituary from June 1945. The victim in question lived at 12 Gabriëlstraat in Amersfoort.
This became clear after further research in the National Archives and in the Arolsen Archives. So the memorial stone is actually placed wrong.

Christiaan Graaff was arrested because he called out the wrong thing at the wrong time, which was noticed by accidentally passing German soldiers, with all the consequences that entails.

On February 12, 1943, Christiaan was witnessing a bombing by British aircraft of the German S.S. camp near Amersfoort, when he loudly expressed his joy over the shelling, was arrested by passing German soldiers and transferred to the concentration camp. Finally, via Amsterdam and Vught, he ended up in a camp in Germany.

Christiaan Graaff, an office worker from Amersfoort, died at the age of 27 in KZ Dachau. As mentioned above ("Memorial Stone Resistance Fighter"), he was not a member of the resistance, nor did he commit acts of resistance. Through a series of bad luck and stupidity, he died in Dachau, where he died of typhus less than a month before the liberation of that camp.

His body most likely ended up in a mass grave, now known as KZ-Ehrenfriedhof Leitenberg, as did the bodies of more than 4,000 other inmates who lost their lives in Dachau from February 1945 until the liberation.