Plaque Victims Battle of A Coruña 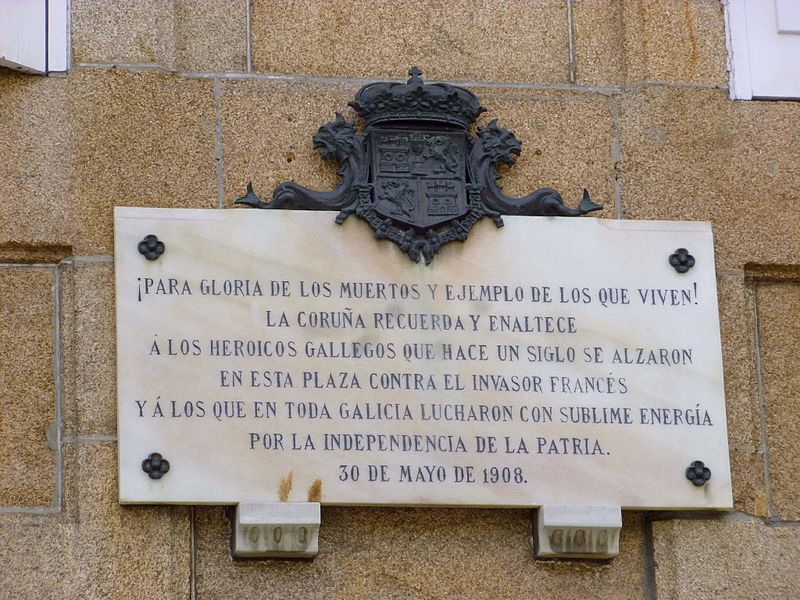 The Battle of A Coruña took place on 16 January 1809 between a British and a French army and resulted in a French victory. The British commander, general John Moore, was killed. The battle led to the temporary retreat, out of Spain, of the British army.