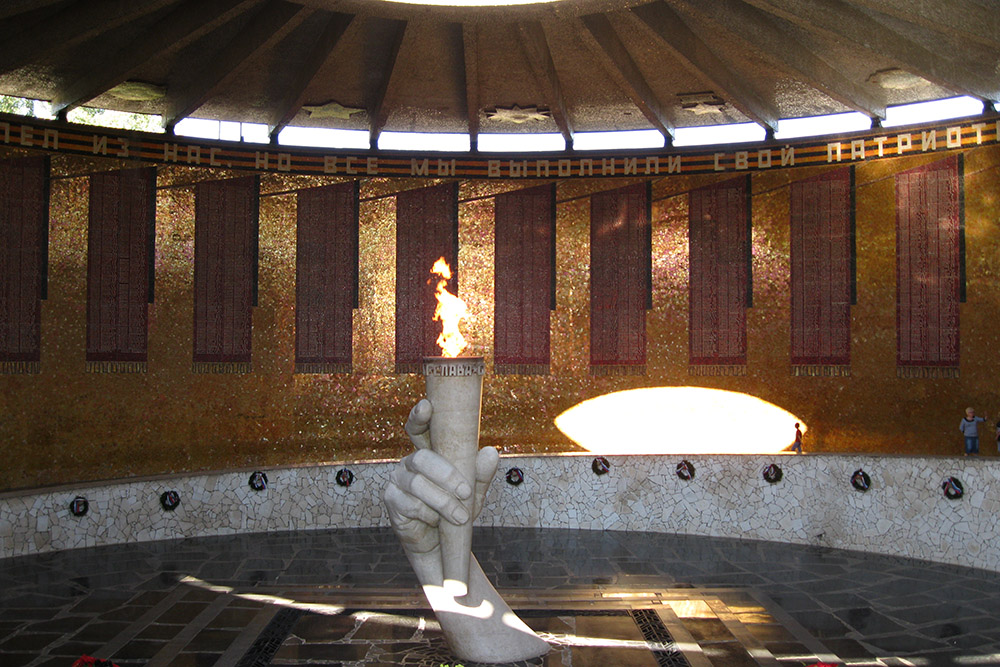 The cylindrical "Hall of the Warrior Glory" is the seventh part of the immens memorial complex on the Mamayev Kurgan (Mamayev Hill). In the middle of the hall is a hand holding the torch of Eternal Fire surrounded by speakers, delivering the sounds of a mourning melody. The walls of the hall are decorated with 43 masaic banners, bearing the names of 7,200 fallen defenders of Stalingrad. The following text can be read above the banners:

"Yes, we were only mortals and few of us survived it, but we all fulfil our patriotic duty to out sacred motherland."