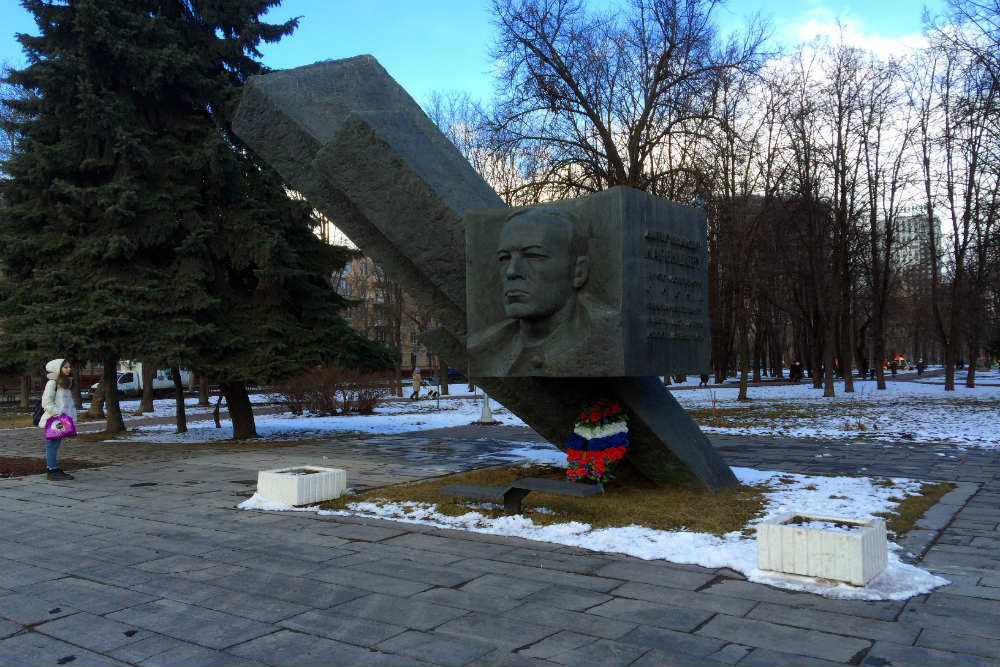 Monument of General Karbyshev on the street of general Karbyshev. Dmitry Karbyshev was an officer of the Russian Imperial Army, a Red Army general, professor of the Soviet General Staff Academy (Doctor of Military Sciences) and Hero of the Soviet Union (posthumously). He is best known for his refusal to collaborate with the enemy and for being left outside to freeze to death while imprisoned in a concentration camp.

Karbyshev was captured by Germans in August of 1941. He was held at a succession of concentration camps, including Hammelburg, Flossenbürg, Majdanek, Auschwitz, Sachsenhausen and Mauthausen. Refusing repeated offers from the Nazis to solicit his cooperation and despite his advanced age, he was one of the most active leaders of the camp resistance movement. On the night of February 17, 1945, he was one of 500 prisoners doused with cold water and left to expire in the frost.