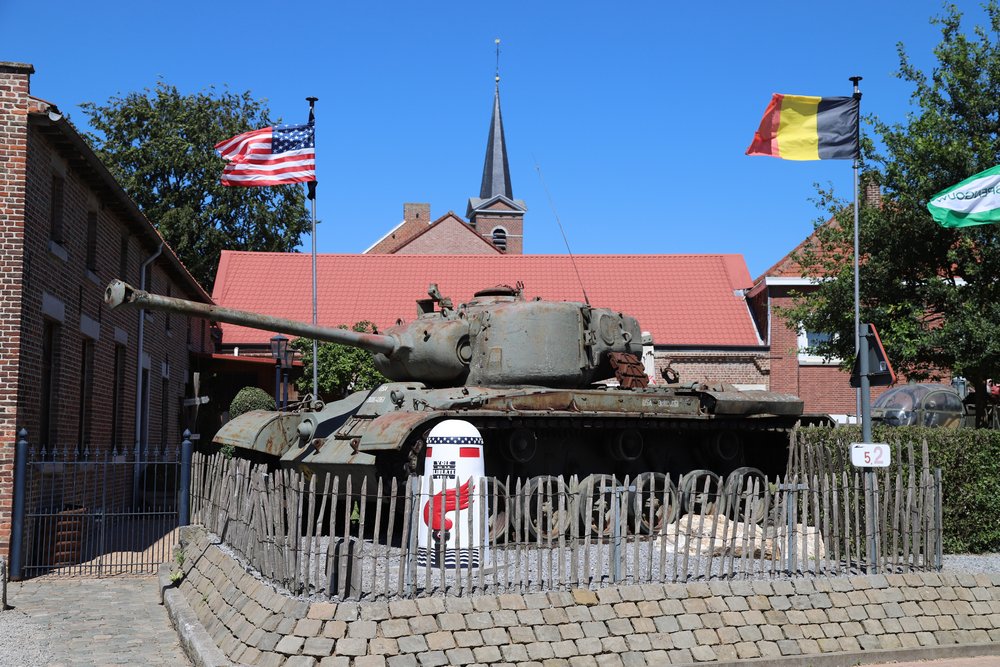 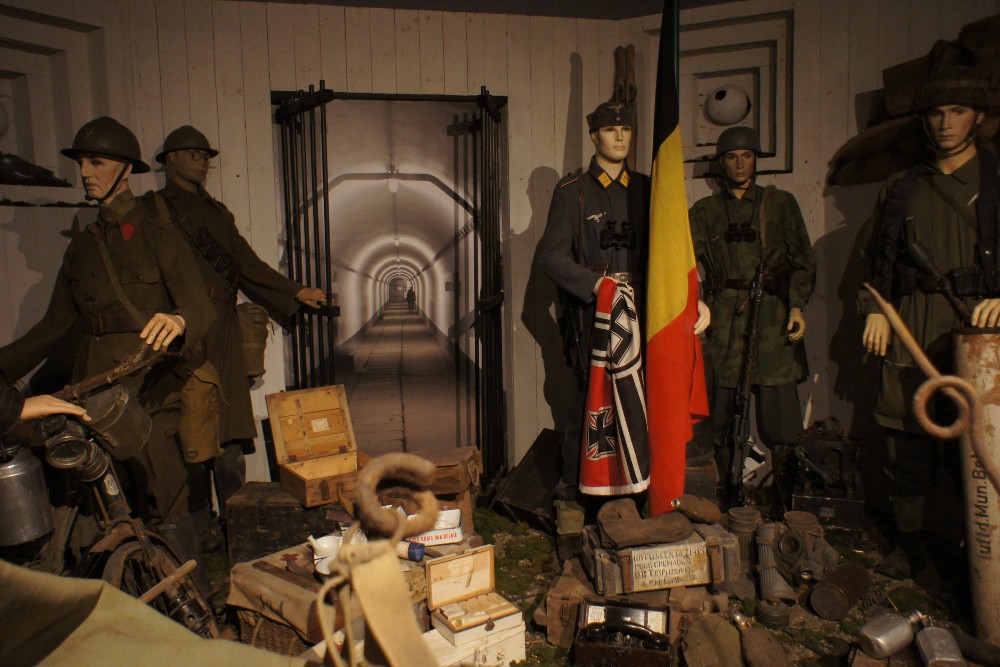 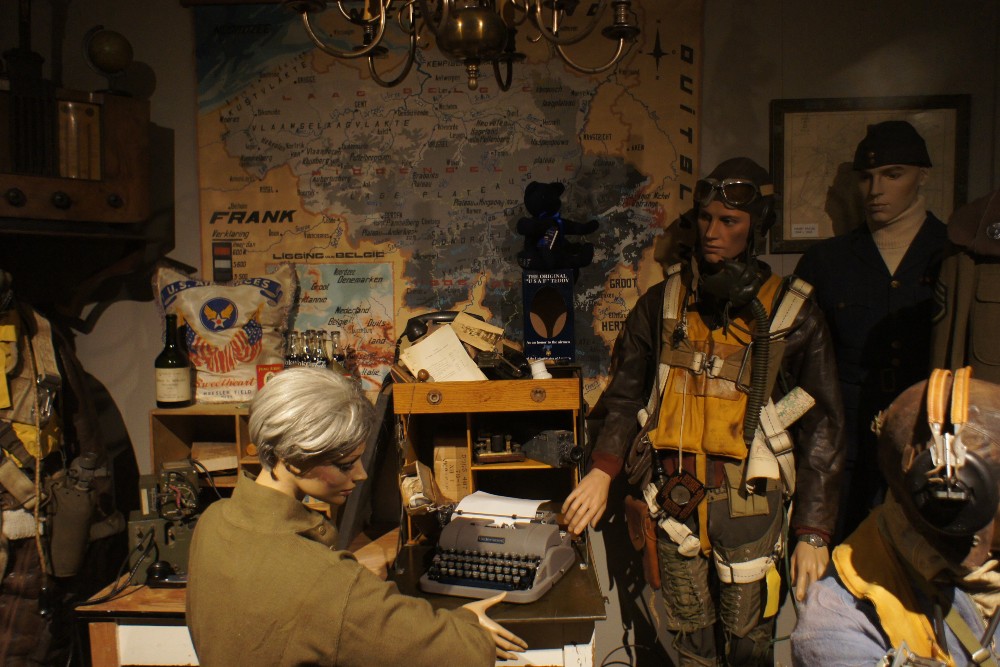 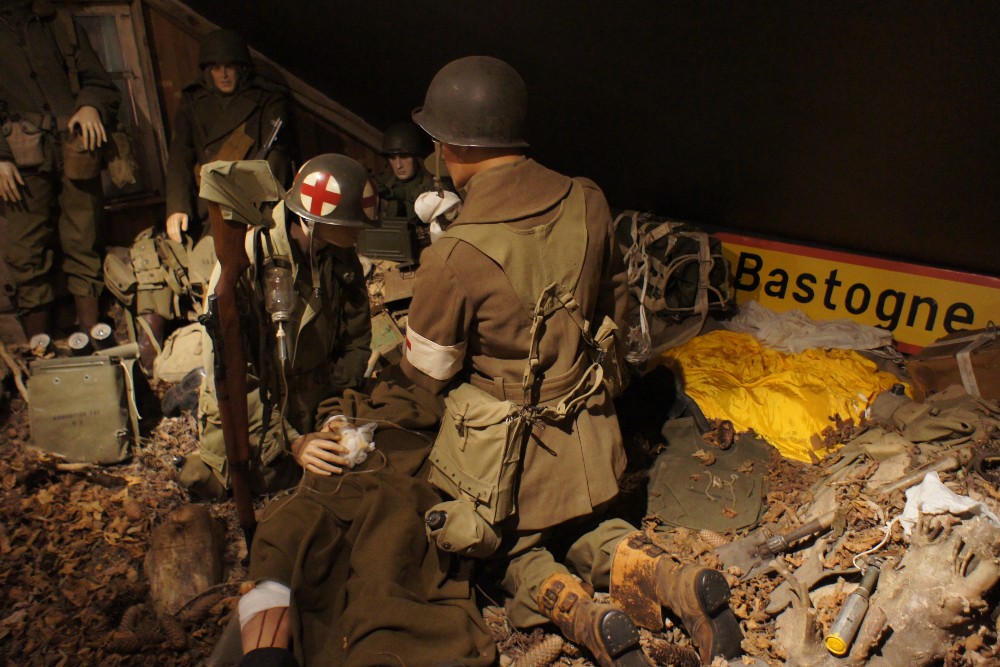 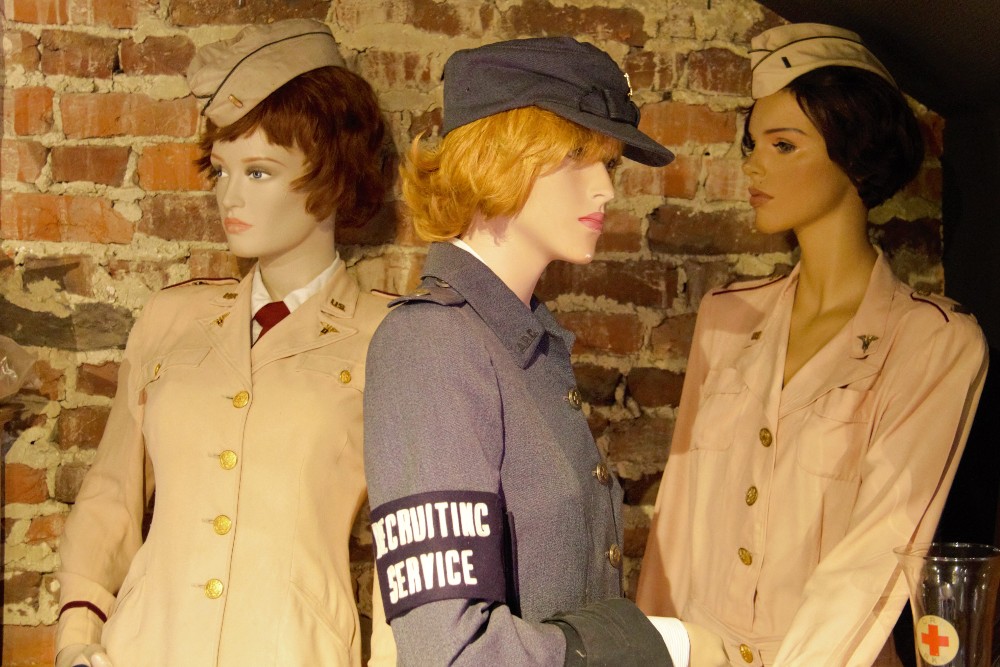 History
In December 2004 - we organize a first temporary exhibition with the theme Winter 1944. The collection comes out of the closet, resulting in a beautiful exhibition. What is temporary will become permanent in 2008 with the decoration of the first floor of the museum.
In 2020, after more than 50 years of collecting (since 1969), the 2nd floor is finally ready and all other areas have received a thorough renovation.

Details
The story of the museum "Winter 1944" starts on May 10, 1940. The Germans invade Belgium and bomb the bridges over the Albert Canal from Vroenhoven, Veldwezelt, ... The family of the daughter Agnes Hermans (Rohnny's grandmother) who had fled from Veldwezelt, flee to Borlo . Unfortunately, both the fleeing family and the Germans arrive in Borlo at the same time. Years later, Rohnny listens as a child to the war stories during the frequent family visits in Veldwezelt: here we encountered bomb craters, an airplane fell there, the house was bombed, it was buried there, ... At the age of 10, Rohnny gets his first American helmet and a gamel, left on the farm of his grandfather Willem. The start of a whole collection, a passion.

The second part of the museum is the link with the Ardennes Offensive. After the liberation in September and during the winter 1944-1945, many American soldiers were present in and around Borlo. The region was one of the places where the soldiers came to rest from the war violence in the Ardennes. But there were also several ammunition depots nearby. The Brustem flying square is only a stone's throw away, this also brought movement.

The story of the Second World War is told through dioramas. with a lot of attention to local events and daily life in the wartime, with the German occupation. English soldiers also play a role in a number of displays. The role of women in the war has therefore not been forgotten. Think of the woman at home by the fireplace, but also of Augusta Chiwy as a forgotten nurse in Bastogne. Also Fitje Pitts, the American Red Cross employee working in the officers' mess in Brustem has been given her place. The extensive collection of women's uniforms in the museum is unique in Belgium and surrounding countries.

Why visit?
The museum consists of various dioramas, with the necessary explanation. You will not find touch screens and video images, but you will find lifelike scenes from the war period, but also display cabinets with thousands of items.
In the courtyard you can admire unique photographic material from the immediate surroundings of the museum, but also various aircraft engines and a practice bomb are part of the patio furniture.

Location
The museum is located in Borlo-Gingelom. Besides the museum, there is also a tavern and a B & B / hotel. A museum visit cannot therefore be an obstacle if your traveling companion is not interested in a war museum. The travel companions relax on the terrace with a local beer, coffee, cake, or take a walk. If you want to explore several museums in the area, then this is of course the perfect place to book a stay at Het Pachthof. There are several museums to visit within a short distance, but also the American Cemetery in Neuville and Condroz is not far away.

Future
5 Long war years bring many stories, many events. We are currently working on the composition of several tours (both for car and bicycle) where you will get to know the local war events such as the memorial cross for Lieutenant-Pilot Albert Brel, the secret landing site of German aircraft, the sabotage of the train tracks through the resistance, an almost "Belgian" Oradour, the hideout of American pilots, and much more.