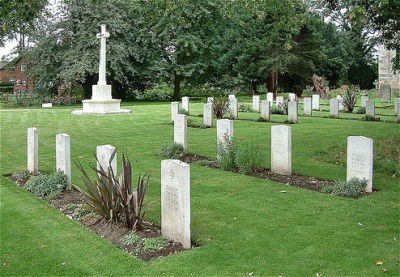 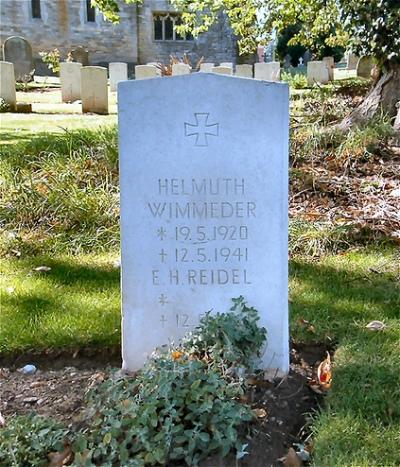 After the Second World War, almost all the German dead of the Second World War were being collected up and re-interred in the large war cemetery in Cannock Chase. The relatives of the German burials at Scampton refused permission when they saw that the graves here are treated with the same respect and looked after in the same way as the British war dead.