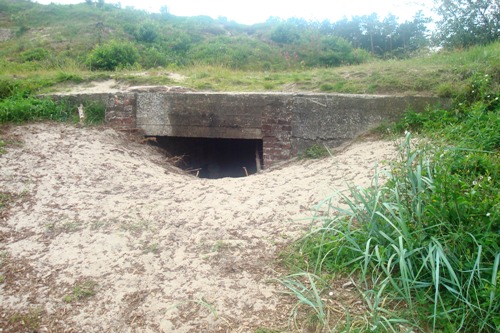 Widerstandsnest 9 M was part of the Stützpunkgruppe Terschelling and consisted of four heavy anti aircraft guns (Flak-stellung FL 243a) and other bunkers like Tobruks. The battery was used by the German Navy.

Terschelling was strategically important for the Germans. Allied bombers flew over the northern isles of The Netherlands to bomb Nazi-Germany. The Germans tried to shoot as much as possible Allied planes. For that reason anti aircraft artillery (Flak) were build and also Freya and Wassermann anti aircraft radar.