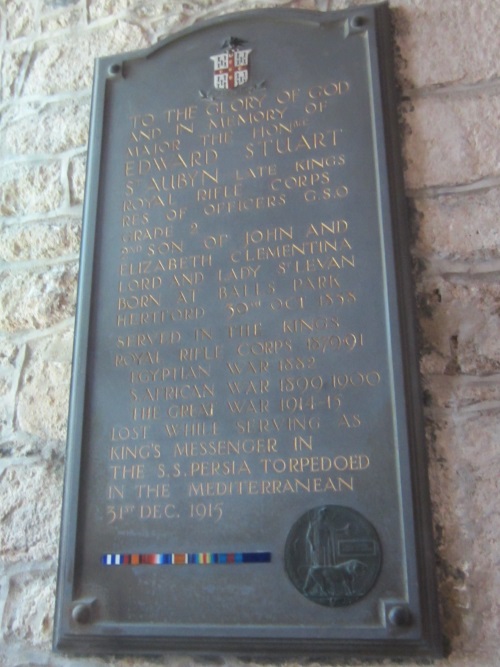 This plaque commemorates Edward Stuart St Aubyn, who was killed when the SS Persia was torpedoed during the First World War.