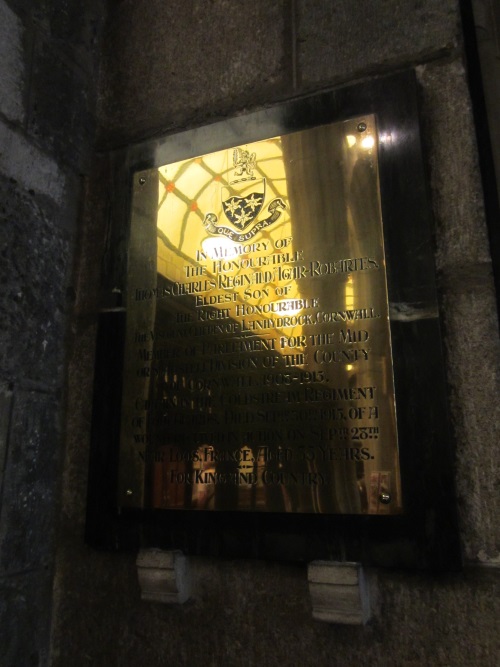 This plaque commemorates Thomas Charles Reginald Agar-Robartes MP, who died in the First World War. He was killed by a sniper on 30 September 1915, after rescuing a wounded comrade under heavy fire. He is buried at Lapugnoy Military Cemetery, Pas de Calais, France.

In memory of
the honourable
Thomas Charles Reginald Agar-Robartes
eldest son of
the right honourable
the viscount Clifden of Lanhydrock, Cornwall
Member of Parliament for the mid
or St Austell division of the county
of Cornwall (1908-1915)
Captain in the Coldstream Regiment
of footguards. died Sept 30th 1915 of a
wound received in action on Sept 28th
near Loos, France. aged 35 years
for king and country.