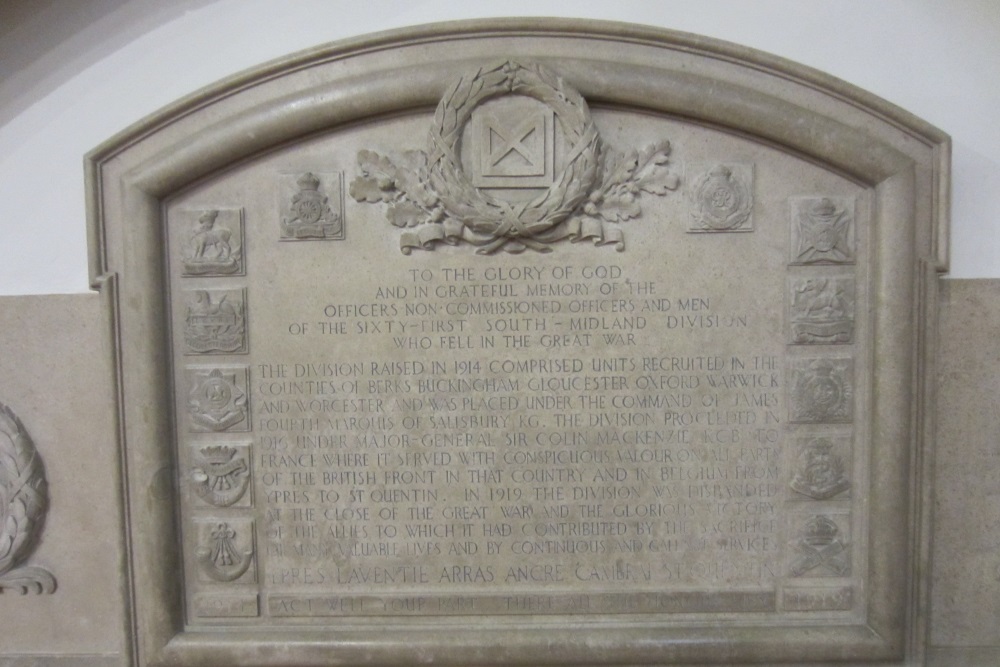 This memorial commemorates the men of the 61st South Midland division who died in the First World War.

To the glory of God
and in grateful memory of the
officers non-commissioned officers and men
of the sixty-first South-Midland Division
who fell in the Great War
The Division raised in 1914 comprised units recruited in the
Counties of Berks Buckingham Gloucester Oxford Warwick
and Worcester and was placed under the command of James
Fourth Marquis of Salisbury KG. The division proceeded in
1916 under Major-General Sir Colin Mackenzie KCB to
France where it served with conspicuous valour on all parts
of the British front in that country and in Belgium from
Ypres to St Quentin. In 1919 the Division was disbanded
at the close of the Great War and the glorious victory
of the allies, to which it had contributed by the sacrifice
of many valuable lives and by continuous and gallant services.
Ypres Laventie Arras Ancre Cambrai St Quentin
1914 Act well your part. There all the honour lies 1919