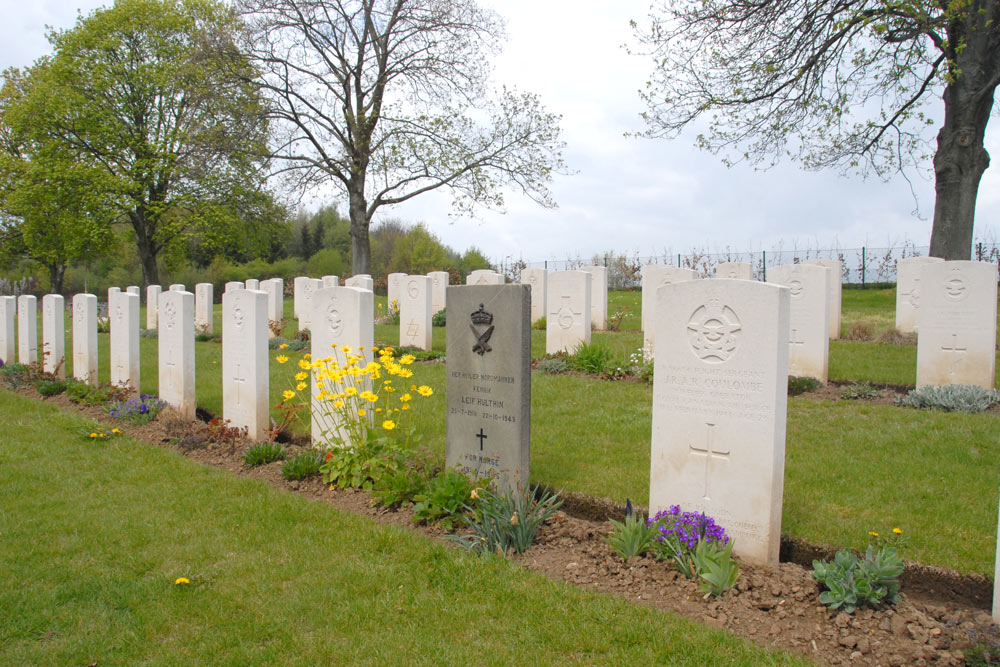 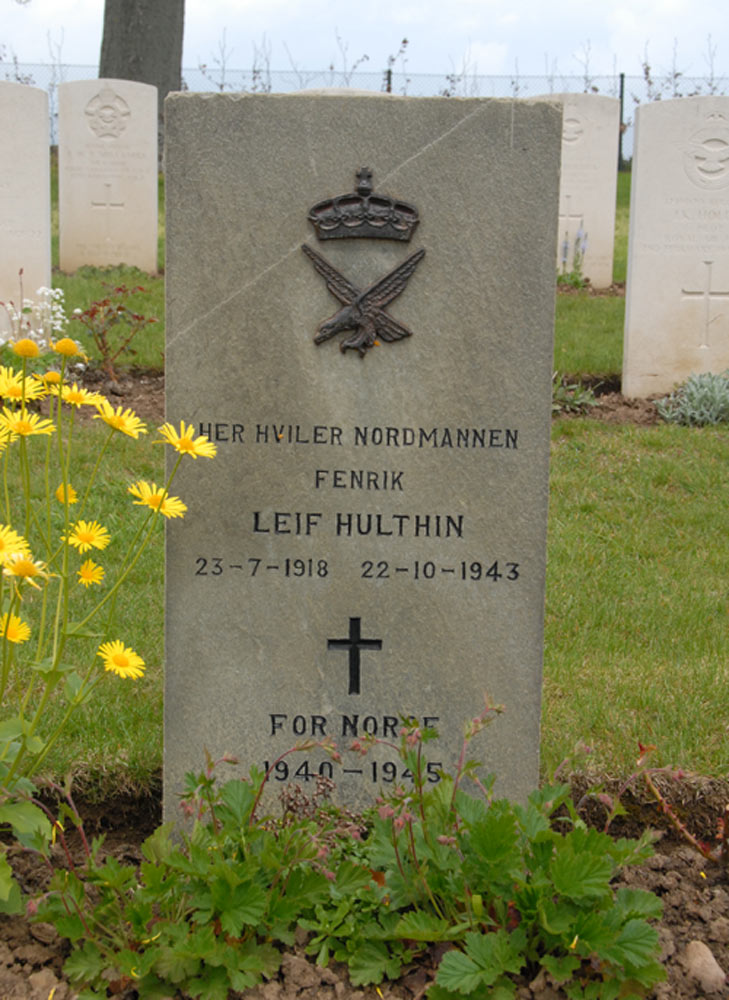 On the Commonwealth War Cemetery Hanover in (city district) Ahlem rests a Norwegian airman. This is Leif Eric Woodrow Hulthin. Leif was a Norwegian pilot employed by the Royal Air Force. He was on October 22nd 1943 at 17.31 airborne in the Halifax V LK 664 along with seven other crew members, taken off from airbase Holme-on-Spalding-Moor in Yorkshire England. Their mission was a raid over the city of Kassel in Germany. For an unknown reason the aircraft crashed in Welda about 40 km before Kassel. All crew members died in this crash, they are all buried on the Hanover War Cemetery.

Of the other crew members there were six British and one Australian.

Leif Eric Woodrow Hulthin is commemorated on the Memorial Norwegian Airmen in Gardermoen. 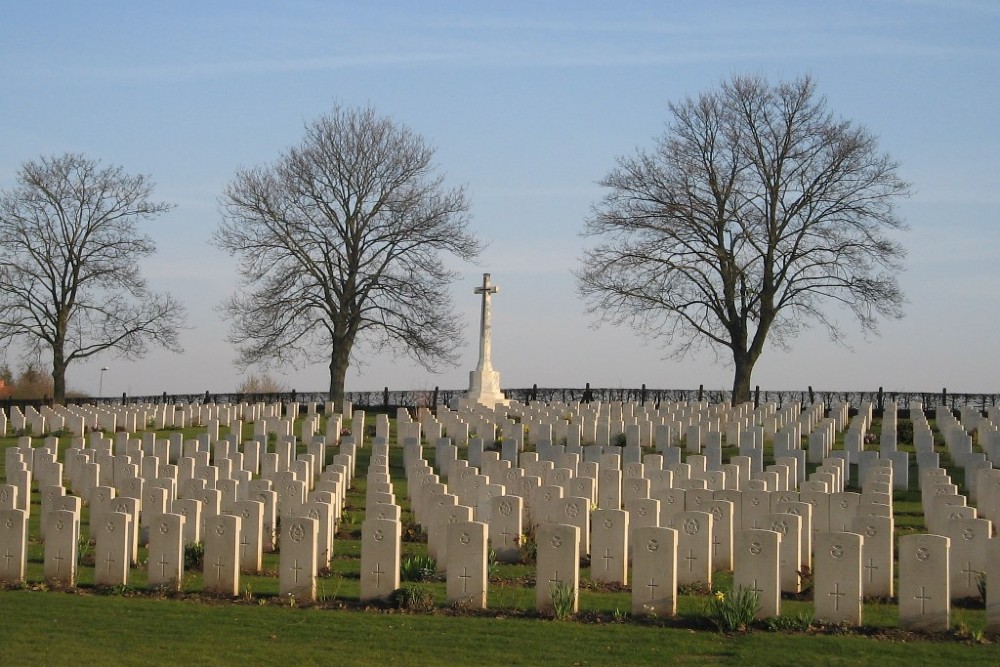