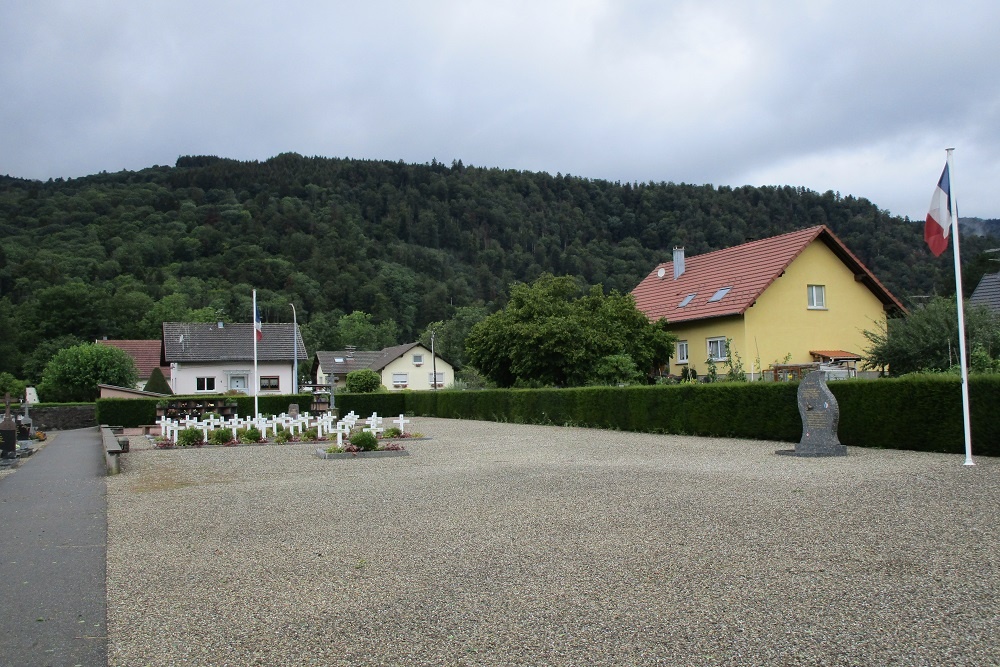 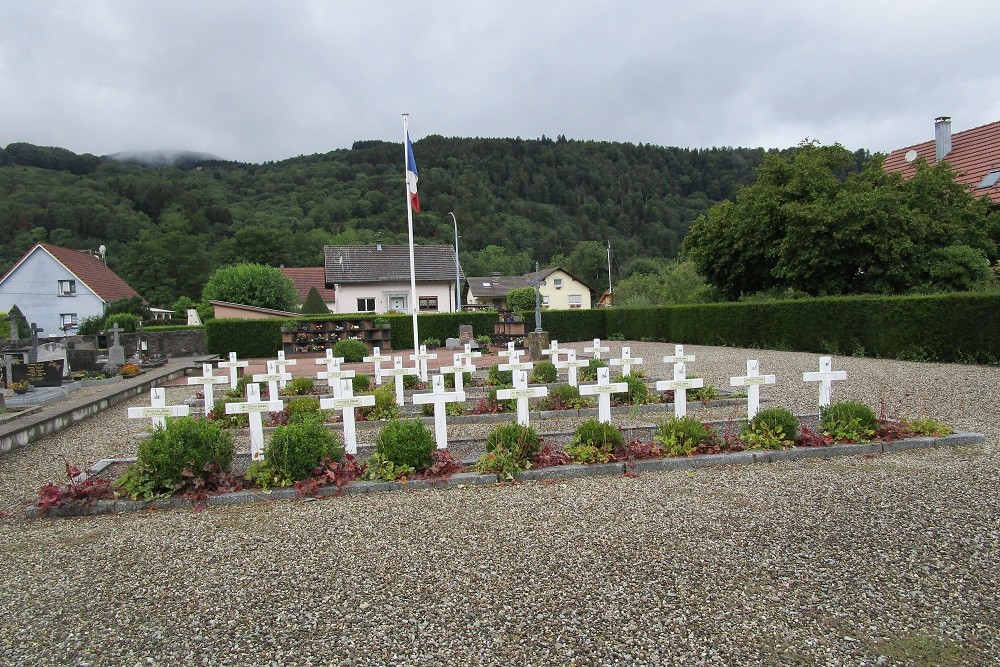 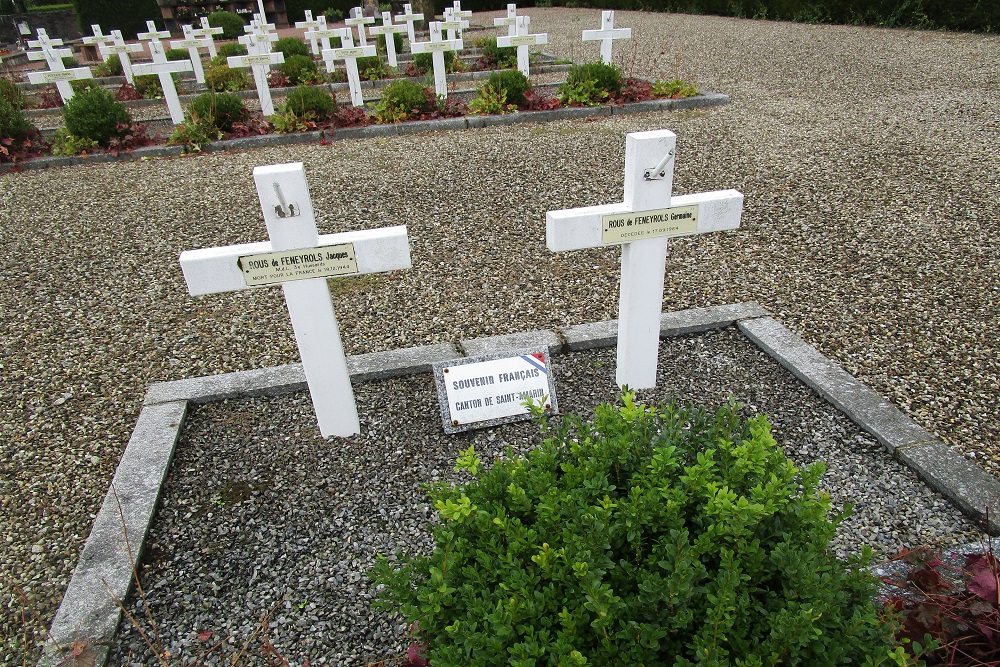 The general cemetery, behind the church (Église Saint-Wendelin) contains the graves of 24 soldiers who died in the First World War.