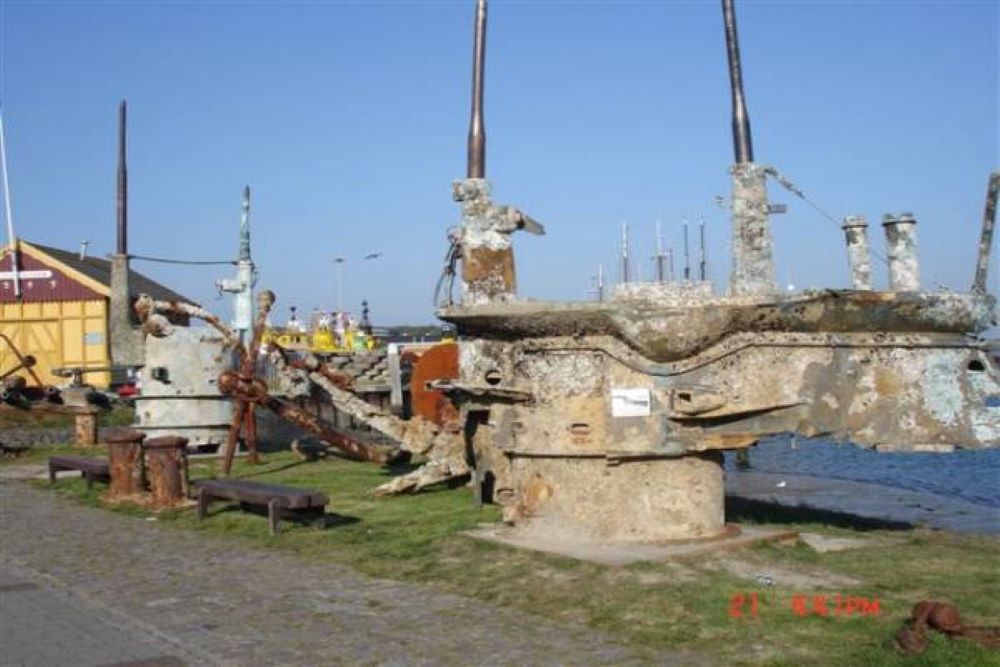 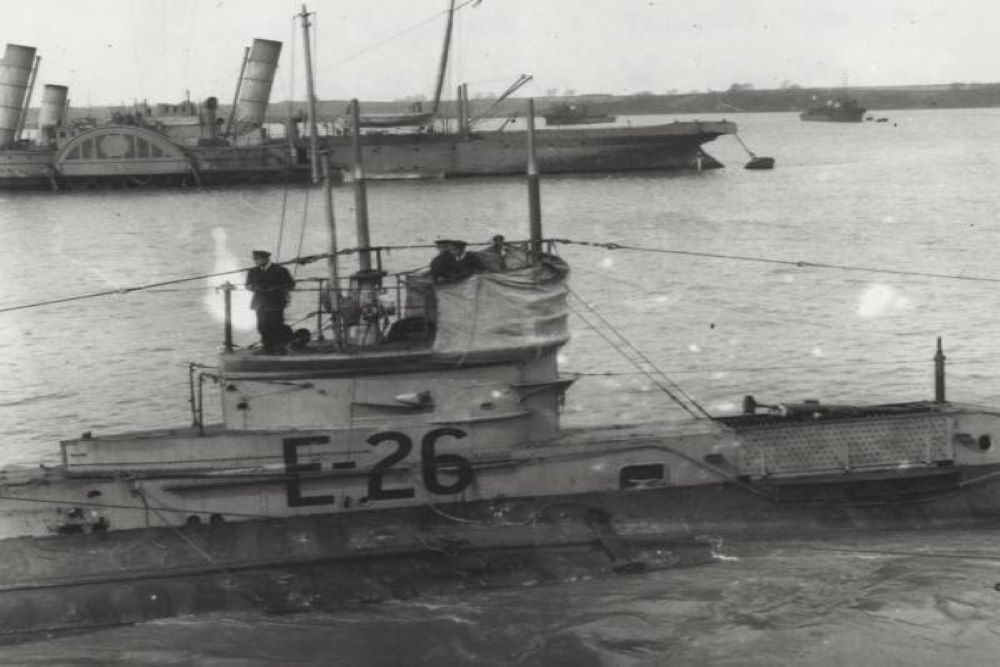 The submarine E-26 belonged to the 8th Flotilla that patrolled mainly in the North Sea. On June 29, 1916, the E-10, E-26, E-54 and E55 departed from Harwich to serve in the area around Terschelling. The patrol area for the E-26 was between 53º-45N and the Dutch coast and east of 5ºE including the access to the Ems. On July 2, 1916, a German reconnaissance vessel discovered a trail of oil off the Ems and it looked like it was coming from a submarine. The next day, July 3, an English submarine was fired at the Ooster Eems. The E-55 was 20 miles to the north-west at that time when heavy explosions were heard of what may have meant the end of the E-26. Commander Lieutenant Edward W.B. Ryan, two officers and 28 crew members killed.
In the summer of 2005, the Terschellinger fishing cutter TS 6 ARIANNE salvaged the bronze command tower and it was given a place at the clubhouse of diving team Ecuador. The English expert Michael Lowrey was able to identify the submarine as the E-26. Divers from diving team Ecuador once dived on the wreck that is in the middle of the shipping route. There was no damage to the wreck except the command tower that was once pulled off by a fishing vessel.
One of the crew members was the 3rd officer Alexander Gunn and in 2008 the family member Simon Gunn contacted us about the wreck. He was in possession of photos of the E-26 and of the first commander Lieutenant Commander Claud Dobson. He survived the war and received the Victoria Cros in 1919 for the attack with armed motor boats on the Russian naval base in Kronstadt. Aleck Gunn came from the Isle of Skye, born in 1889. His father was a schoolmaster in Kylkeakin and his brother Andrew was the grandfather of Simon Gunn. Aleck came from the merchant navy and went to the Royal Navy as a volunteer.