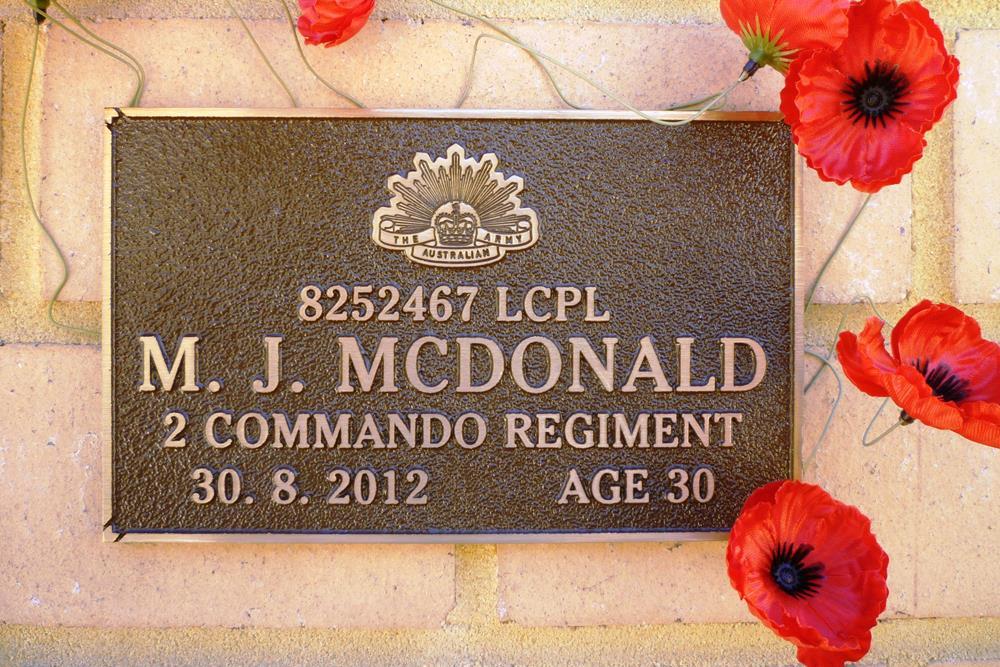 There are also memorial tiles for victims of other wars, like LCpl. Mervyn John McDonald who gave life on 30 August 2012 in Afghanistan.