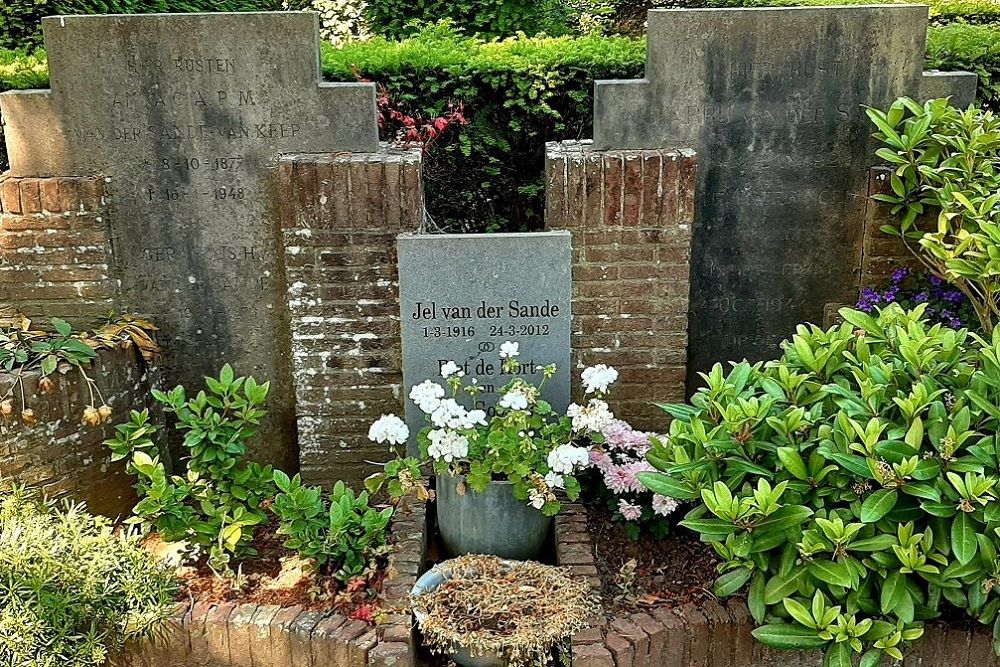 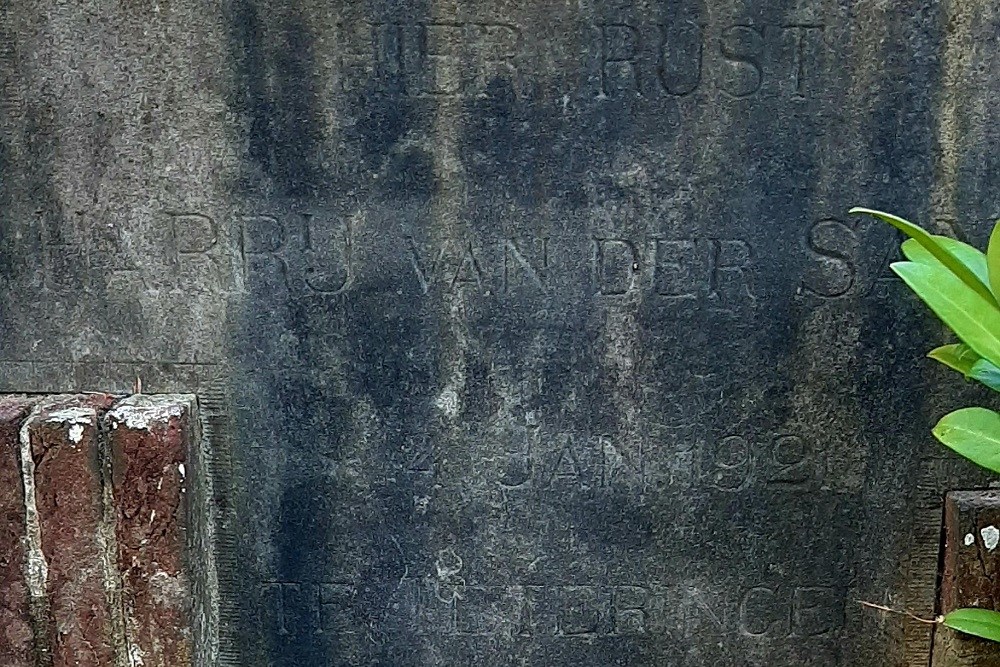 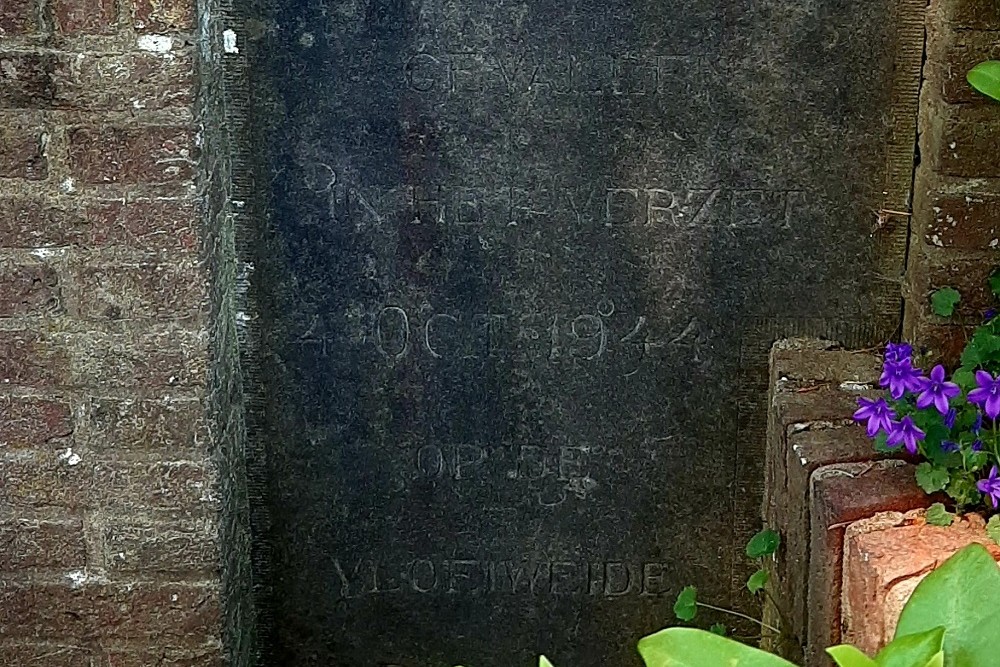 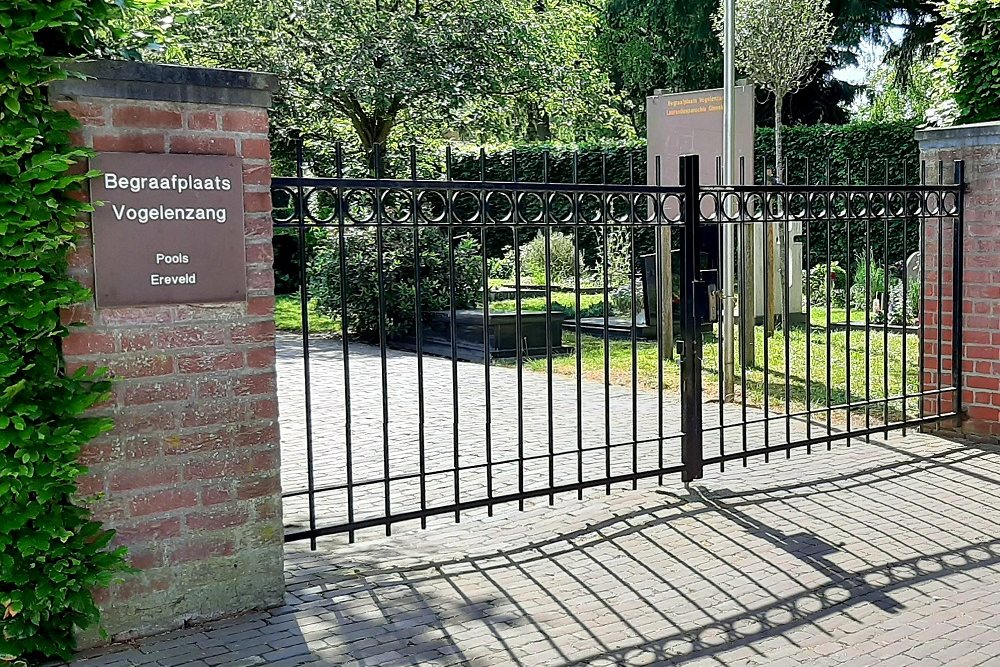 On the Roman Catholic Cemetery Laurentius are two former Dutch war graves of resistance fighters, these are the former graves of Harry van der Sande and Joop Bakker. Harry and Joop were shot by the Germans on the Vloeiweide in Rijsbergen.

Read the story about the death of Harry van der Sande and Joop Bakker in the article of the memorial Vloeiweide.

After the war Harry and Joop were reburied at the Dutch War Cemetery Loenen.