Cannon of the U Boot Hunter 126 Steiermark 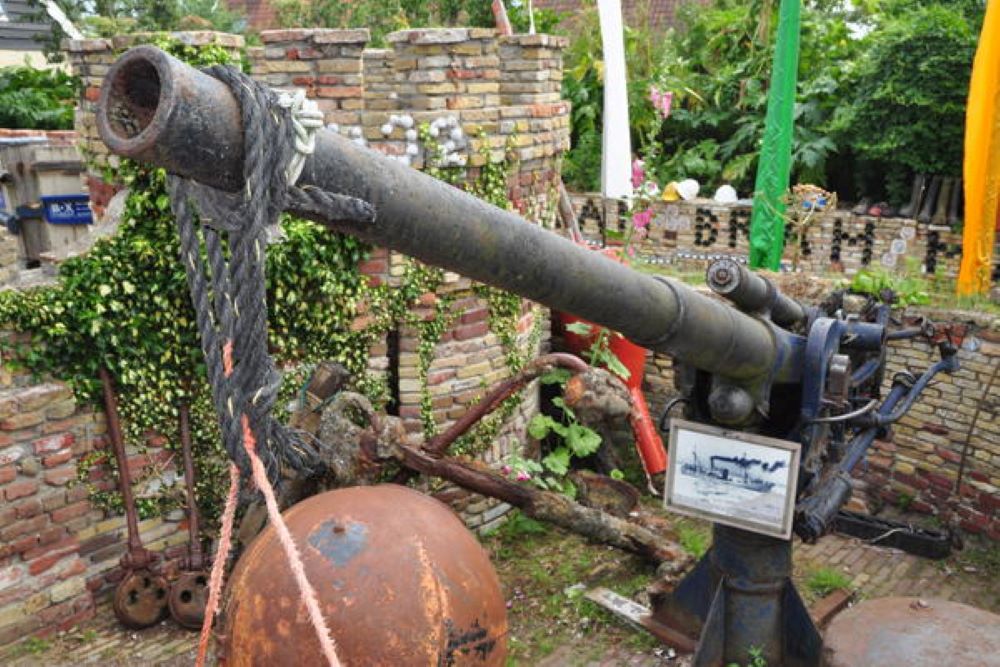 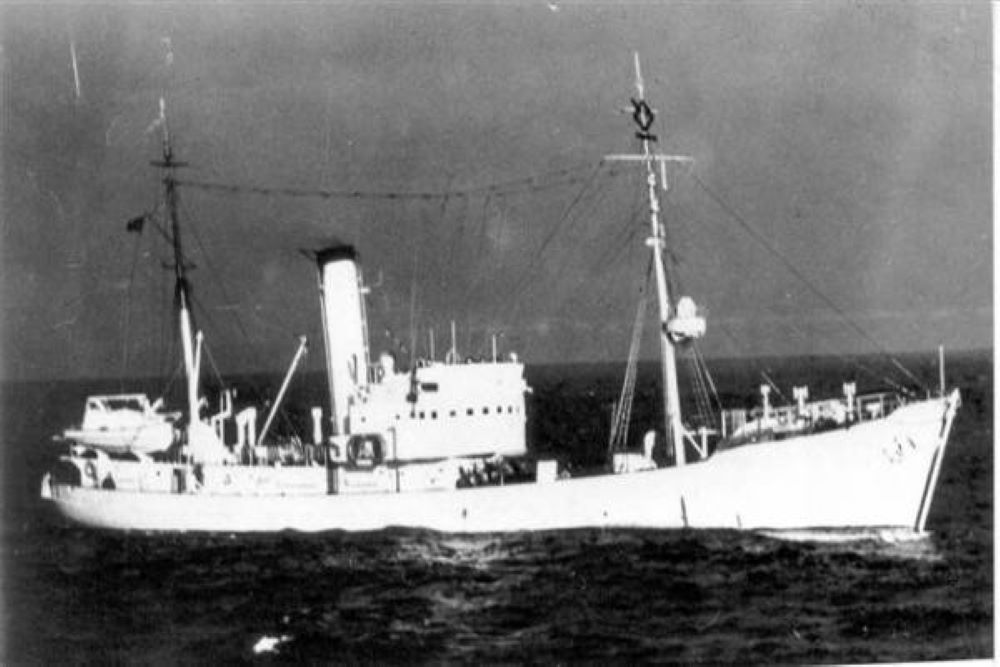 At the start of World War II, on July 18, 1940, the German Ubootjäger STEIERMARK was torpedoed ten miles north of Terschelling by the English submarine H 31. The ship was broken and sunk in the 20 meter deep water on site.
In 1987 the wreck was discovered by divers from the Frisian diving team Nordseedûkers with their ship the REDBAD. The wreck was initially called WRECK B because of a wreck buoy that had been deposited at the wreck. In that year, the wreck had to be partly inflated by divers from Smit Tak. Not knowing that a large number of depth bombs were still present, explosive materials were used. At the request of the Ecuador diving team, they have released the 8.8 cm Krupp rapid-fire cannon by applying a large jumping charge. The cannon was salvaged with the URSUS and is now in the Wrakkentuin of the Wrakkenmuseum on Terschelling. Also the port anchor of 600 kg. and provided with eagle and the letters MWM was salvaged. This anchor is now located at the clubhouse of diving team Ecuador. In the course of time, a few depth bomb sheds have been salvaged where diver Alfred van Nouhuys has prepared one for shooting.