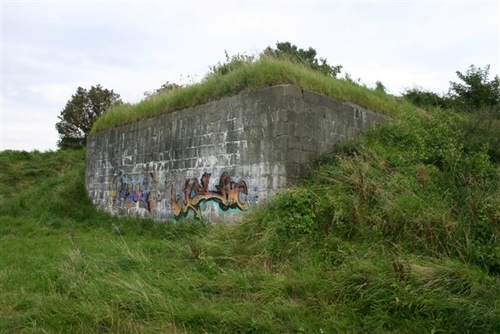 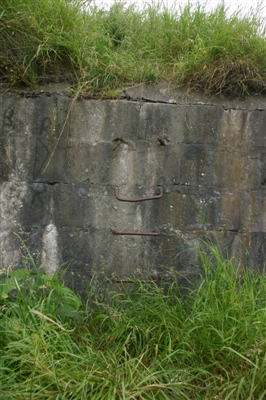 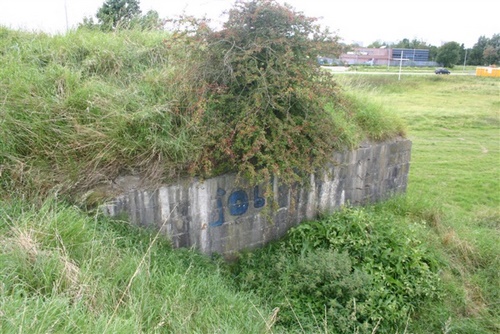 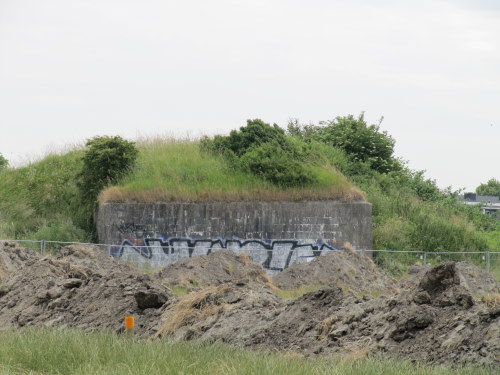 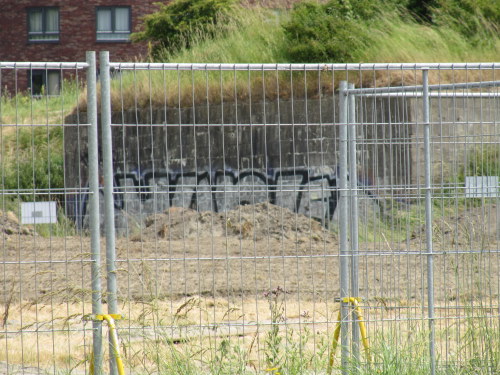 In a square formed by: Bossenburghweg Jordaenslaan, Langeleenweg and the Rubenslaan there is the bunker site as it is called by the people. (Stp. Rehbhuhn).
There has been quite some hubbub about this bunker site because bunkers nowadays have the status of a monument and belong to the heritage estate.
The municipality of Flushing will start to build up this area but the bunkers that are still there will become part of its designer plan. The area will receive now the name of "Parkzicht" (parkview).
The bunkers that all have been buried that still are there are:
A 134 Munitionsunterstand-Formsteinbunker.
A 669 bunker.
A 668 bunker.
The author Hans Sakkers has described this remarkable bunkersite "Battery Baskenburg"in the booklet with the same name, which unfortunately is out of print. He describes in the foreword of the booklet that within the municipal borders of Flushing in 1950 a total of 575 defense constructions were registered and that by the end of 1970 only 30 remain. In the selection process of monuments concerning the former defense works of the twentieth century Baskenburg is the largest expanded army battery of model 1943 - 1944 in The Netherlands according to Mr C.N.J. Neisingh from Wassenaar who is actively involved in this selection process. They are now classified to be a rare building, which explains the commotion around the Bunker Site (Stp. Rebhuhn) in Flushing.
Being one of the 15 harbor cities along the West European coastline Flushing was nominated (by the German occupying forces) to be a fort, a so called Verteidigungsbereich (a defense institution) and had both a landside front as well as a seaside front.
Within the seawalls guns were placed in order to fire at ships and in the hinterland batteries were erected to fire at the coastline during an attack. Baskenburg was one of three batteries in fortress Flushing. Battery Baskenburg was erected within a supporting unit, Stützpunkt Rebhuhn, which also included an airport. Seven bunkers were constructed.
Bunker 669 was built according to a new program: Schartenbau (embrasure-construction) in order to save materials. In total four of these bunkers were built.
Bunker 668 (Kleinunterstand für 6 Mann = Small shelter for 6 men) was a simple square bunker for men but in battery Baskenburg it served as command post.
Also the bunker of type 134 (Munitionsunterstand I) was a simplified design and constructed with layers of brick and has been only applied to the Scheldt estuary, only 22 remain.
Baskenburg had its guns pointed south which meant that also Breskens (opposite riverbank) could be fired at. The observation post for battery Baskenburg was the bunker at the Oranjemolen in Flushing of type 143. This bunker of type 143 today is a museum bunker.
Baskenburg has been frequently bombed and was known with the allies under the code W 9 and was the prime object for destruction before the attack on Walcheren.
In his postscript Hans Sakkers describes that all bunkers of Stp. Rebhuhnhave been buried and therefore detailed research was not possible; also the registers are not complete. Probably a gun placement bunker has been demolished, the field installations like MG dug outs and open gun stands have been erased like all over Walcheren.

With recognition to Remco de Goede for the use of the pictures of his website:
www.bunkerfotos.nl