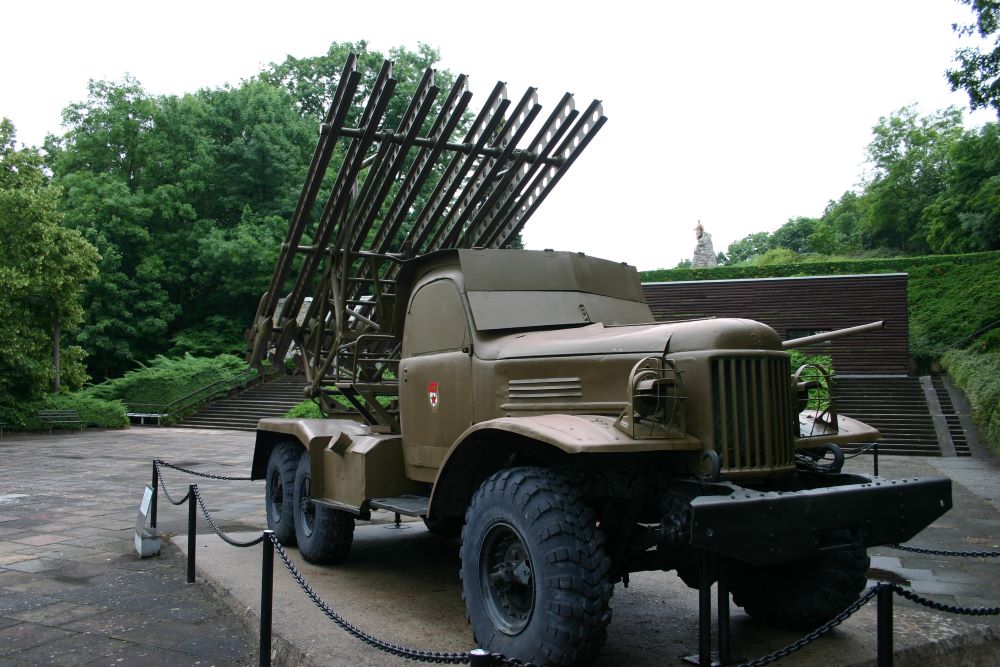 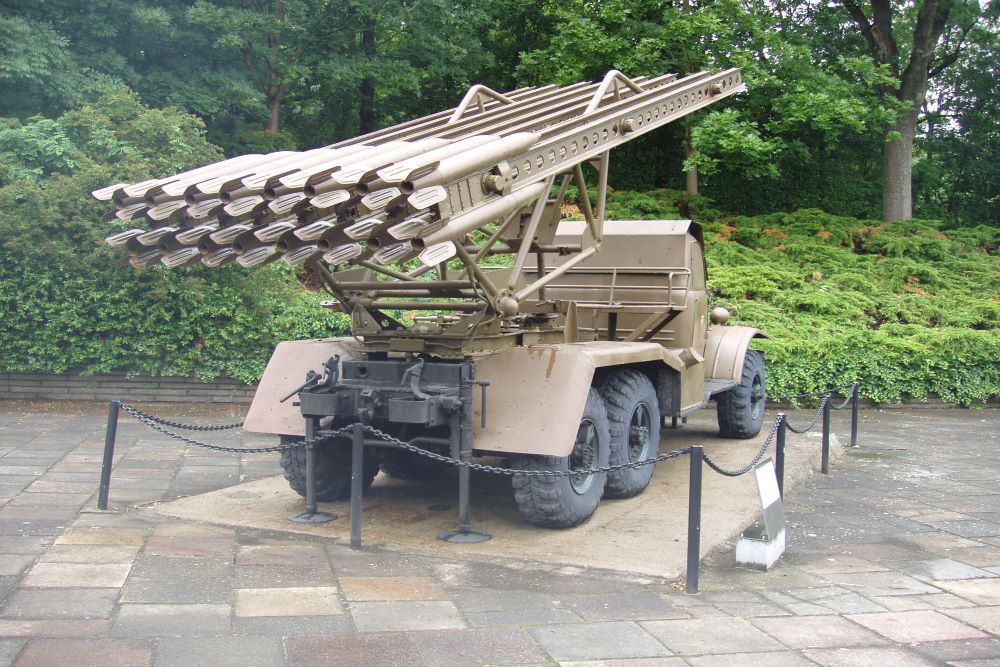 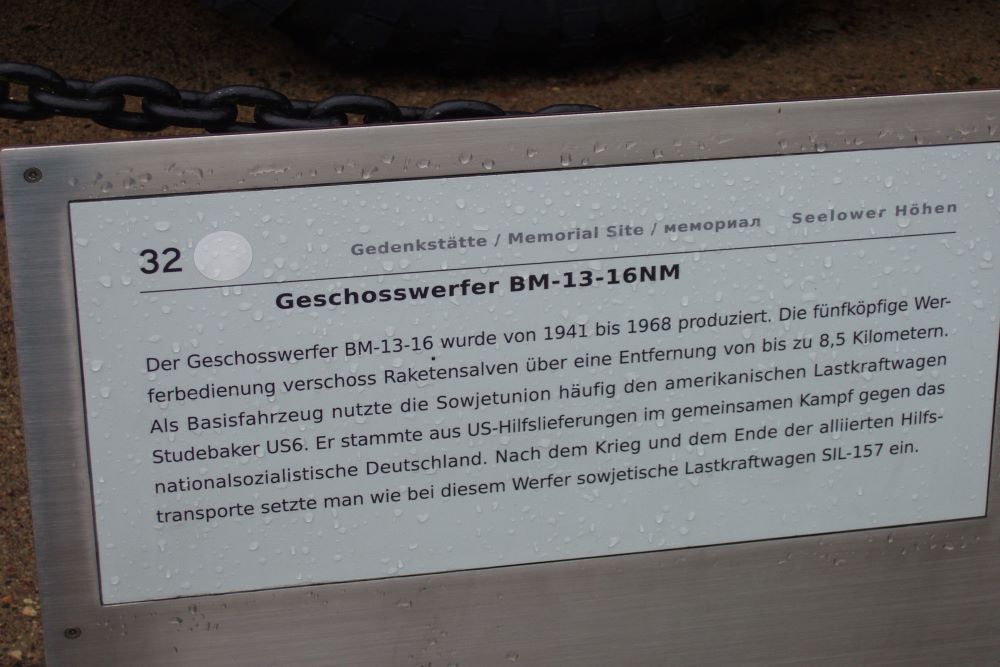 The missile launcher BM-13-16 was produced from 1941 to 1968. The five-person launcher controlled missile bursts over a distance of up to 8.5 kilometers. The Soviet Union often used the American truck Studebaker US6 as a base vehicle. It came from US relief supplies in the common fight against Nazi Germany. After the war and the end of the Allied relief transports, Soviet trucks SIL-157 were used as the base vehicle.