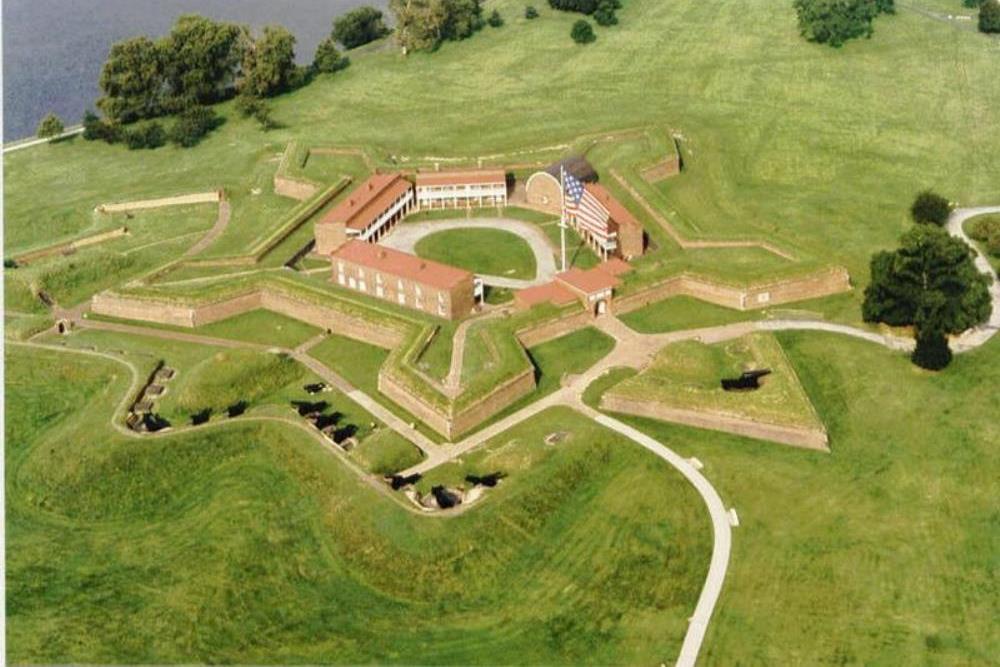 Fort McHenry is a American coastal fort. It is best known for its role in the War of 1812, when it successfully defended Baltimore Harbor from an attack by the British Navy on September 1314, 1814. During the War of 1812 an American storm flag, 17 by 25 feet (5.2 m × 7.6 m), was flown over Fort McHenry during the bombardment. It was replaced early on the morning of September 14, 1814 with a larger American garrison flag, 30 by 42 feet (9.1 m × 12.8 m). The larger flag signaled American victory over the British in the Battle of Baltimore. The sight of the ensign inspired Francis Scott Key to write the poem "Defence of Fort M'Henry" that was later set to the tune "To Anacreon in Heaven" and became known as "The Star Spangled Banner", the national anthem of the United States.
During the American Civil War the area where Fort McHenry sits served as a military prison, confining both Confederate soldiers, as well as a large number of Maryland political figures who were suspected of being Confederate sympathizers.
In 1917 the U.S. Army used the site to establish U.S. General Hospital No. 2 for returning wounded veterans of World War I. It was the largest military hospital in the United States with over 100 temporary buildings.
During World War II the Fort served as a Coast Guard Training Center for fire control and port defense.