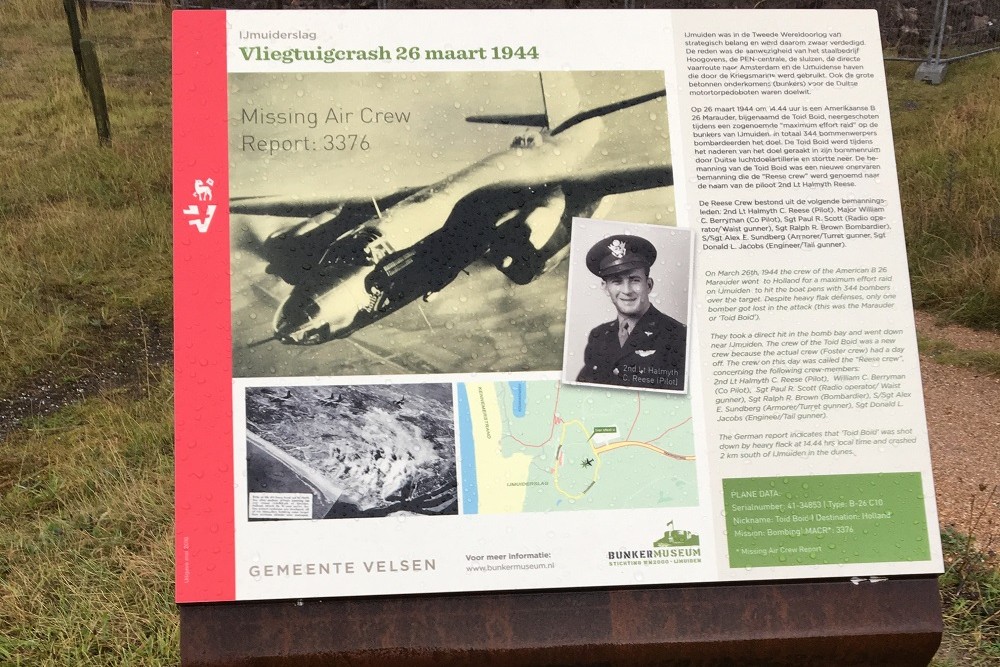 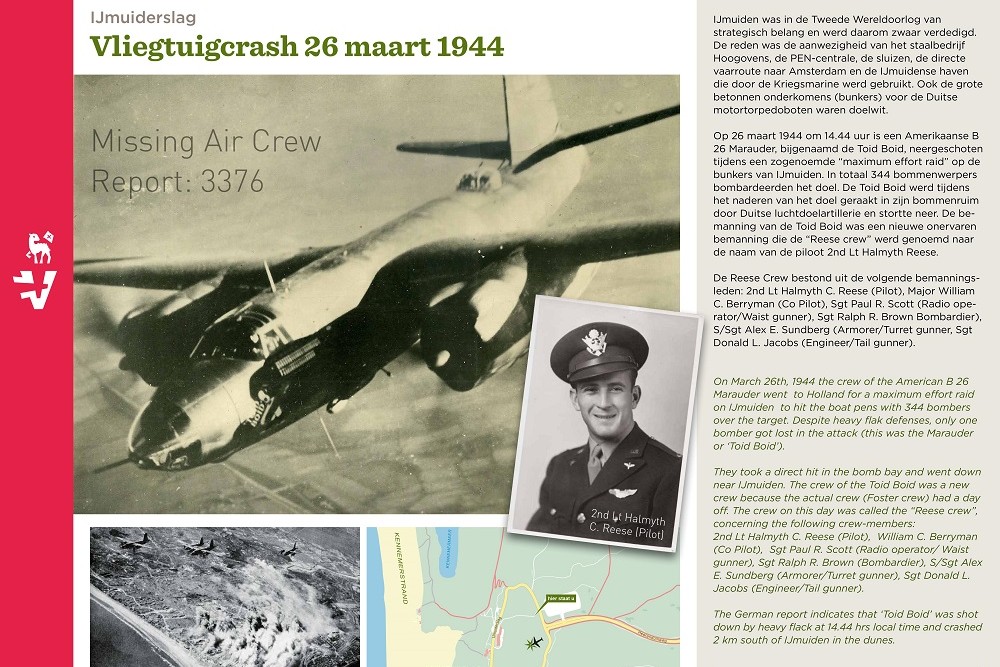 A B26 Marauder crashed at this location on March 26, 1943. This bomber, named Toid Boid, took part in a bombing of IJmuiden and was hit in the bomb bay by German anti-aircraft guns. The plane crashed at this location, killing the entire crew. The crew of the Toid Boid was a new inexperienced crew called the "Reese crew" after the name of the pilot 2nd Lt Halmyth Reese.