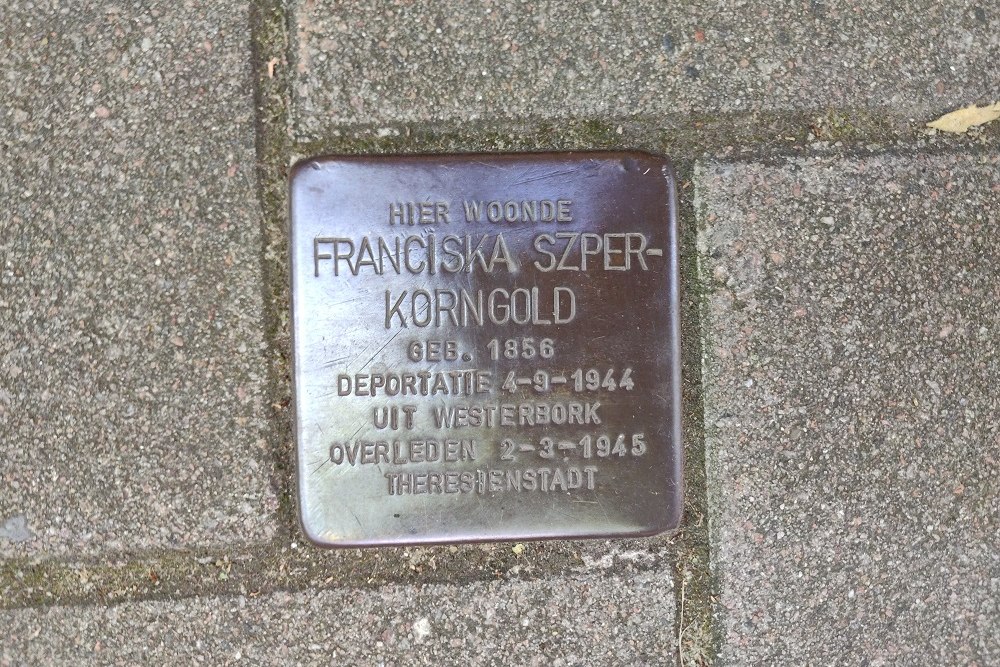 In front of the door of Lomanstraat 51 in Amsterdam a Stumbling Stone has been laid for Franciska Szper-Korngold.