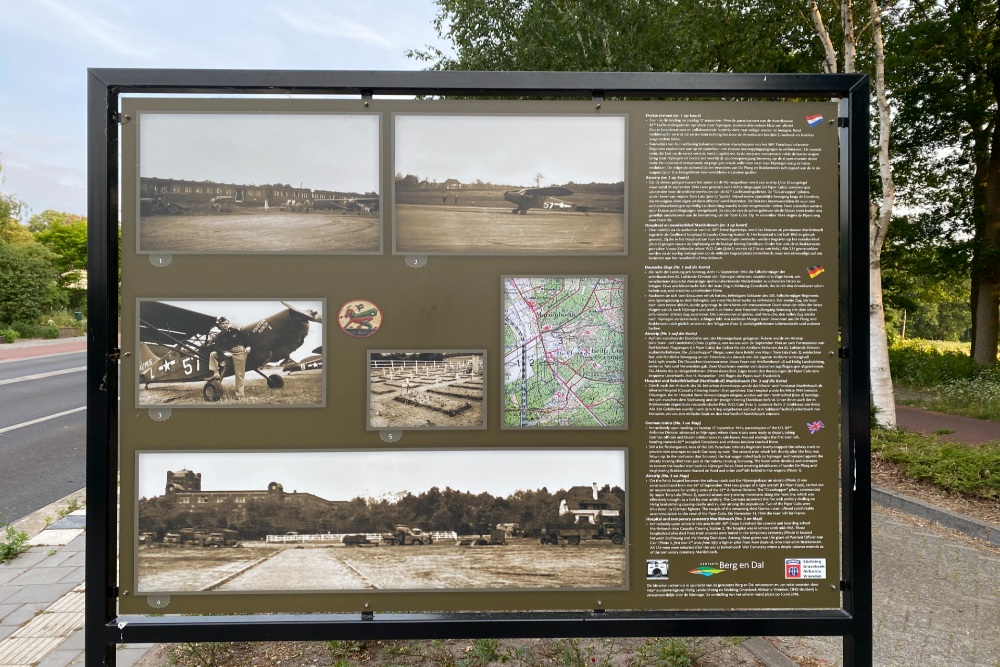 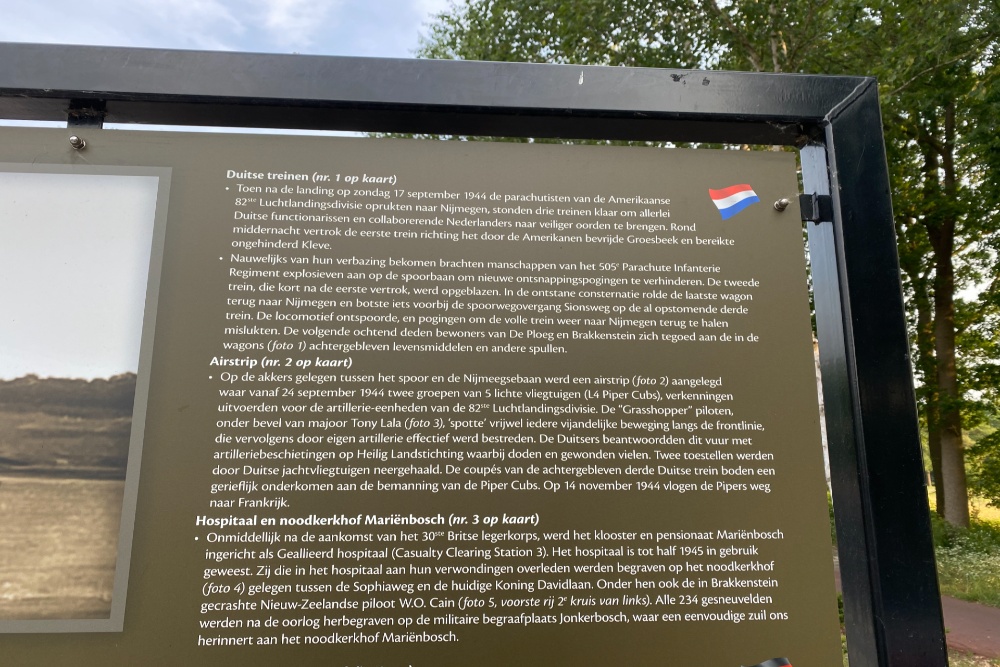 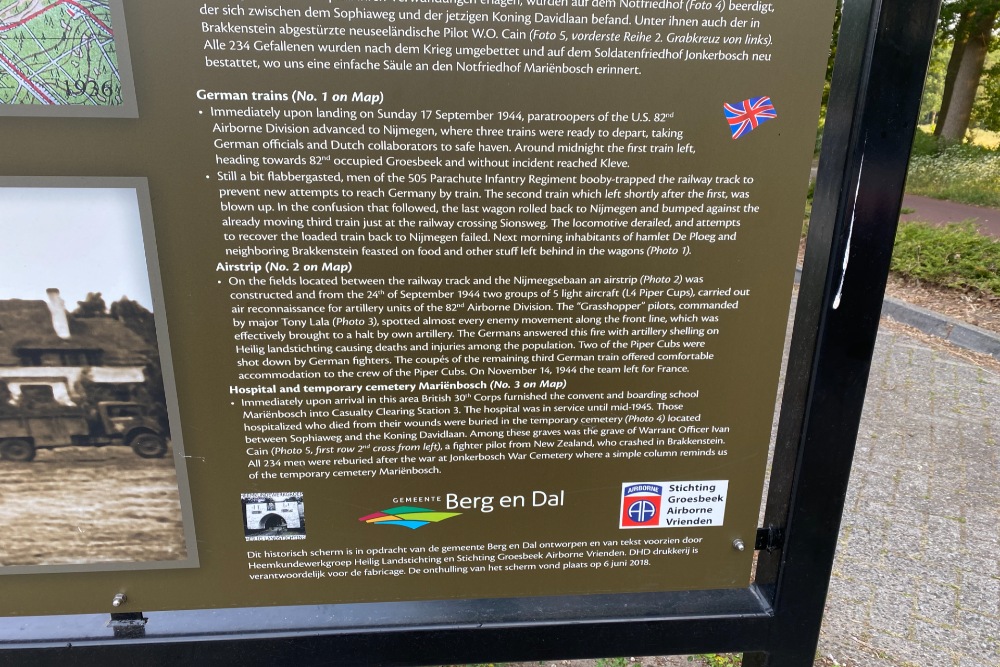 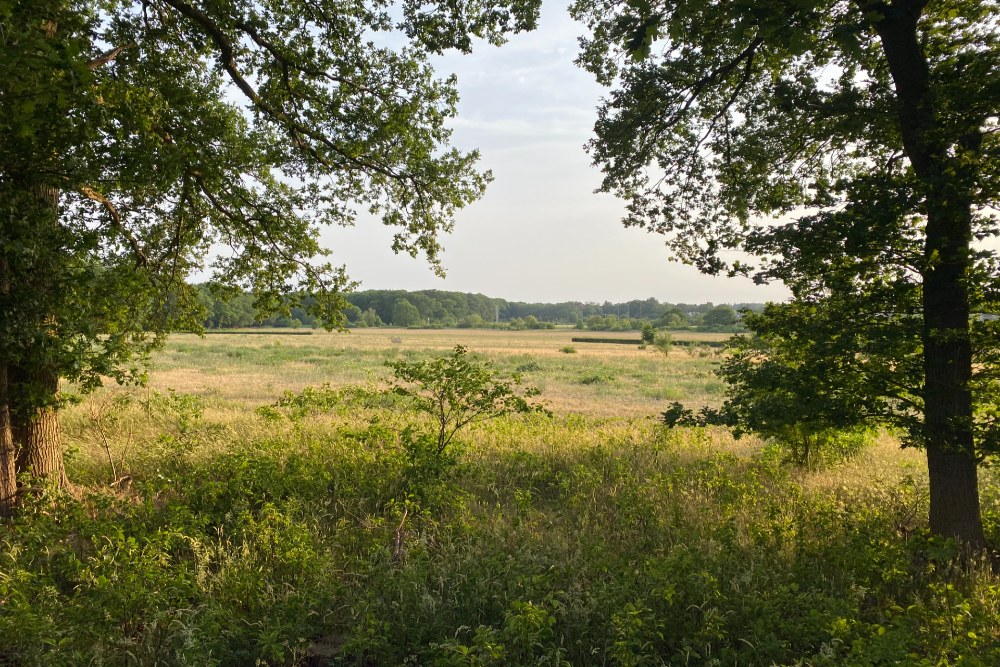 On the Nijmeegsebaan opposite Hotel Restaurant Rozenhof is an information sign placed about the events which occurred in September 1944 during Market Garden.

On the sign you can see and read that the 505th Parachute Infantry Regiment blew up the railway near the Sionshof to prevent fleeing Germans and collaborating Dutch people to get back to Germany.

You can also see on the information sign that an airstrip was realised near the place where the sign was places. Piper Cubs flew missions from here to direct the Allied artillery for shelling the Germans.

In the nearby monastery Marienbosch (on the Sophiaweg) was a Allied hospital situated until half 1945. The dead from this hospital were buried in the temporary cemetery which was situated between the Sophiaweg and the Koning Davidlaan. All 234 dead were reburied after World War 2 on the military cemetery Jonkerbosch.