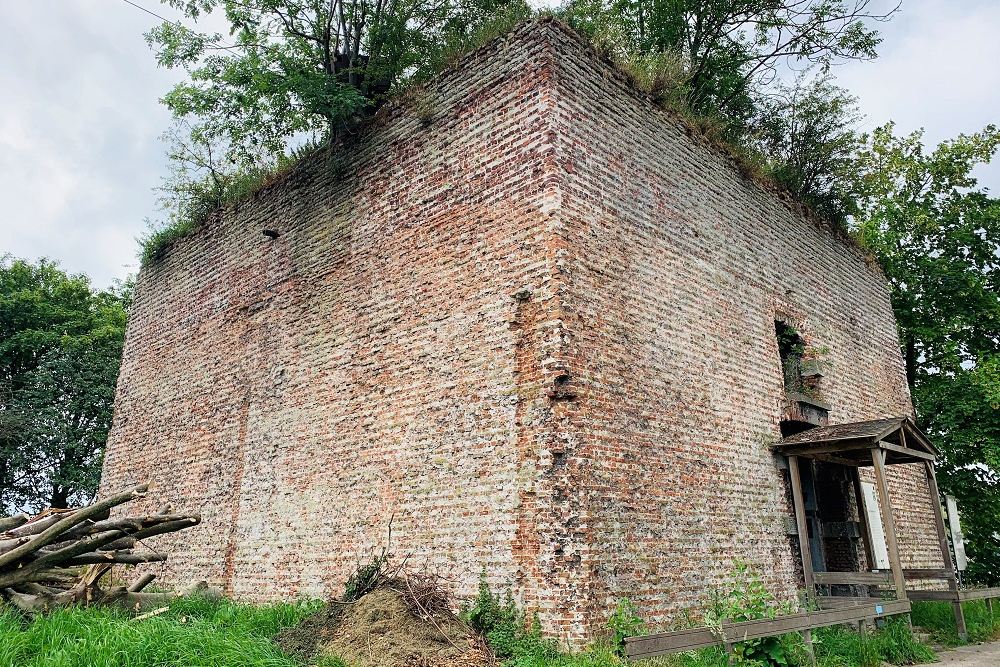 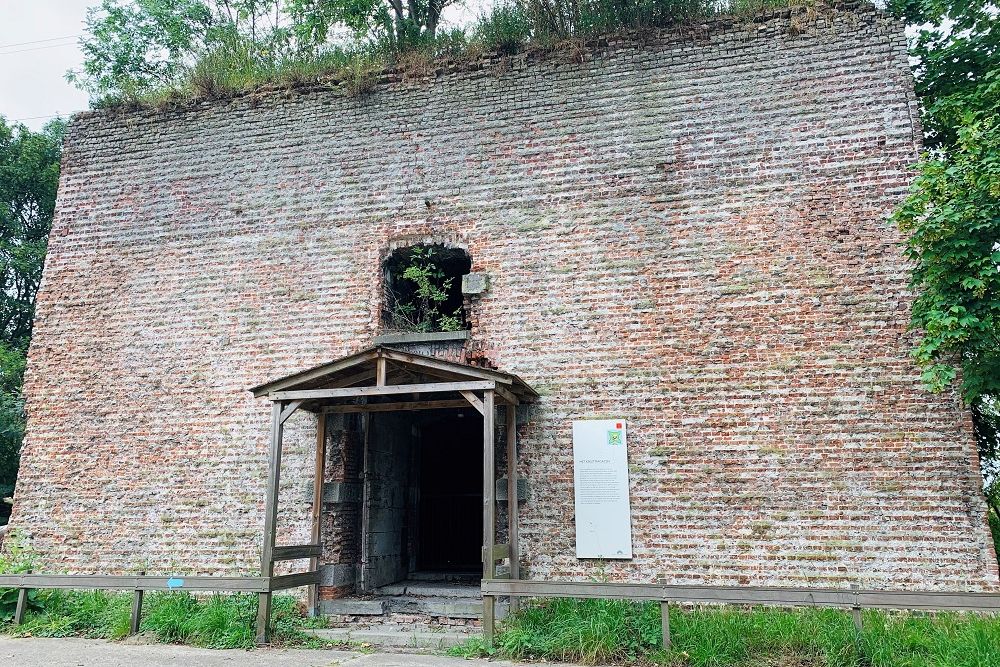 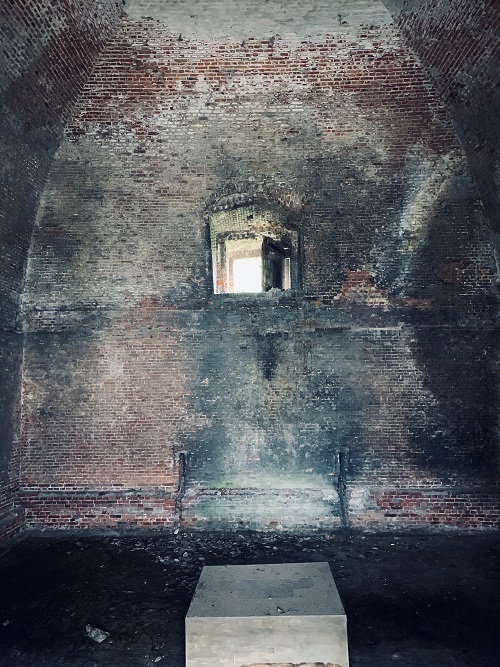 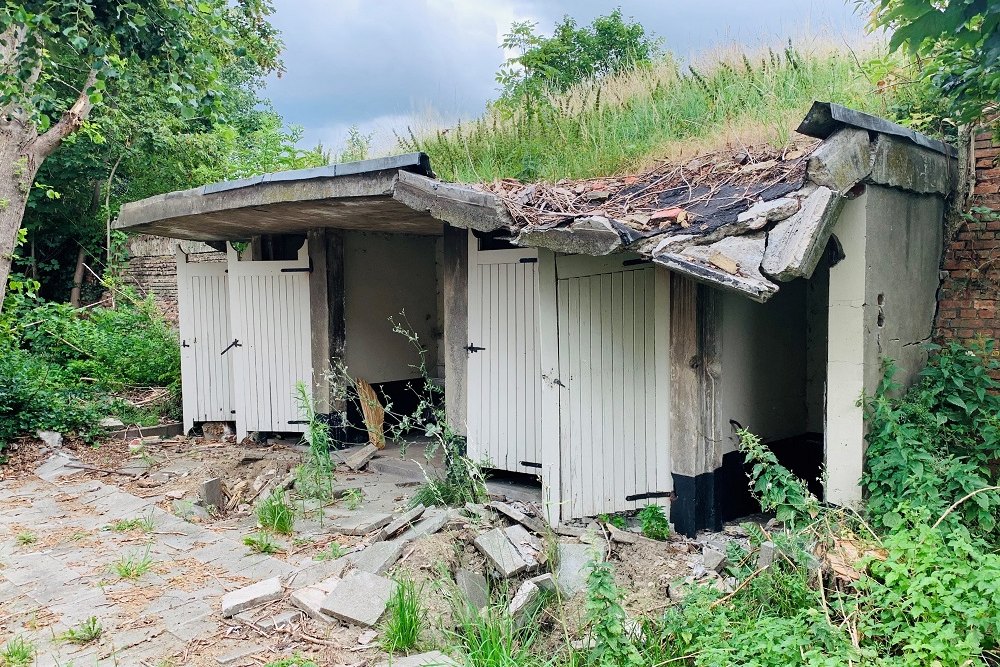 The powder magazine was built in 1810 according to the keystone above the door. Due to the risk of explosion which could lead to the destruction of the port of Antwerp, the gunpowder was taken from the ships and stored here from 1816 to 1829. It was recharged upon departure. The original floor was removed by the German occupier in World War II. The oak beams were used for other purposes.
The toilet block against the stone wall near the powder magazine dates from the quarantine period. It is equipped with French squat toilets.