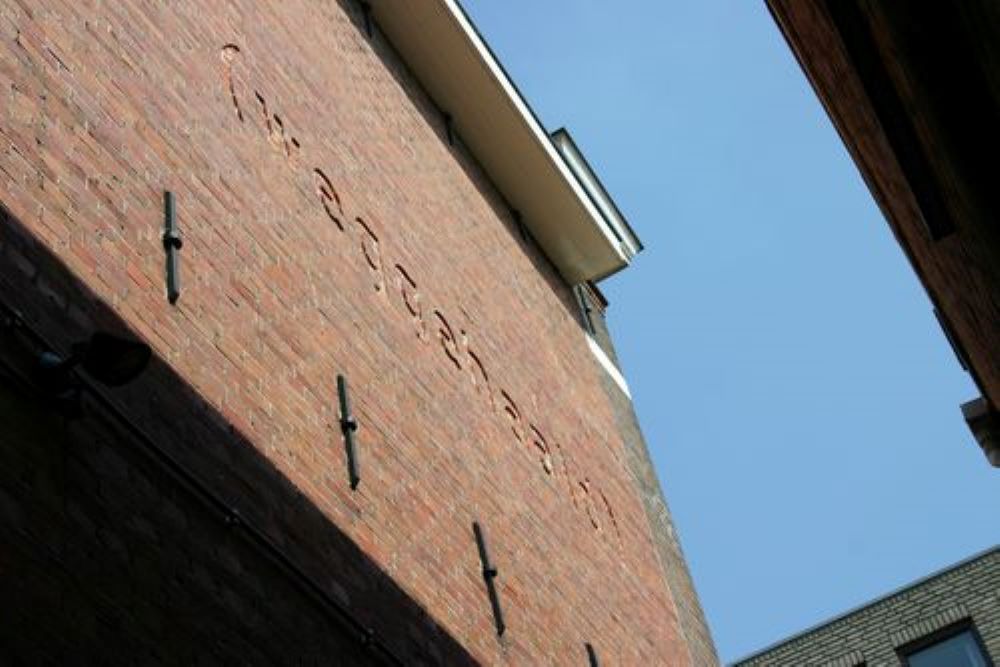 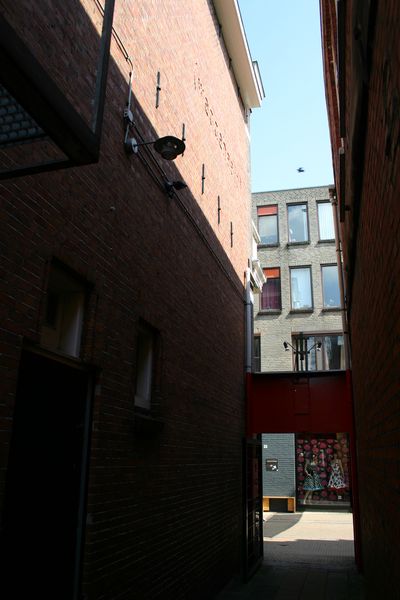 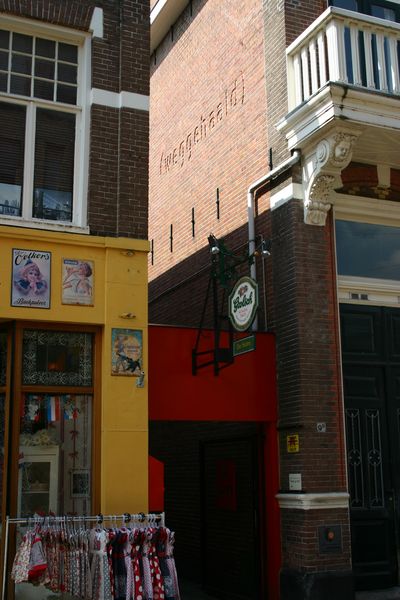 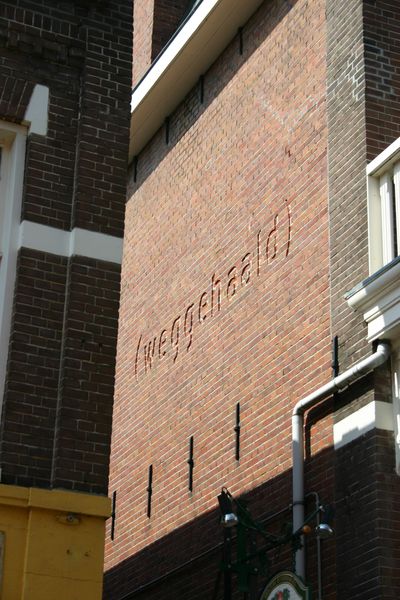 The Folkingestraat in the city of Groningen runs from the Vismarkt to the Zuiderdiep. Until 1942, the street was the center of the Jewish quarter. In 1942 2,450 Jewish Groningers were deported, the following year more than 300. According to the population register, the city had 2,850 Jewish residents in 1941 who met the definitions used by the occupier to qualify for deportation. Only a dozen survived the concentration camps. In the Folkingestraat it concerned 191 Jewish residents.

The monument "ALSO HERE" is a brick relief with the word "TAKEN AWAY" as a reminder of the Jewish residents who lived here before the Second World War.
The text is placed on a side wall at a height of 10 meters. As a result, it cannot be seen directly from the street. This symbolizes that the memory has not disappeared, but has been moved to the margin. The text has been milled out of the facade and is in brackets, symbolizing the emptiness and lack of the old Jewish community.

The relief is a transition area between drawing and sculpture, which makes it possible to represent themes in a narrative way with a relief. For this reason, the relief has been used throughout the centuries, from Ancient Egypt to the present day, among other things to report important events and to illustrate religious motives.