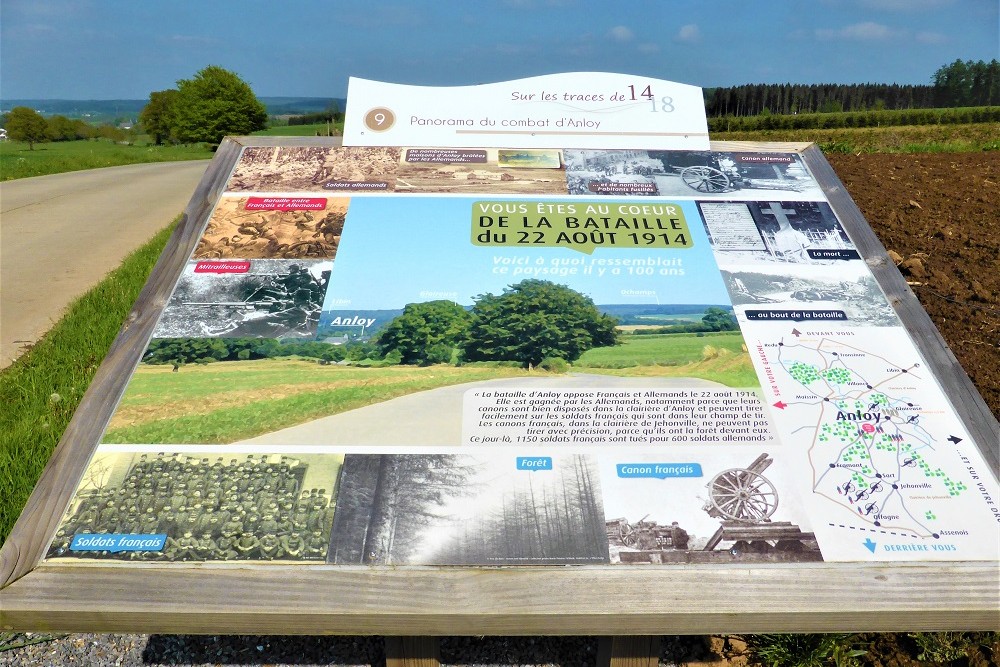 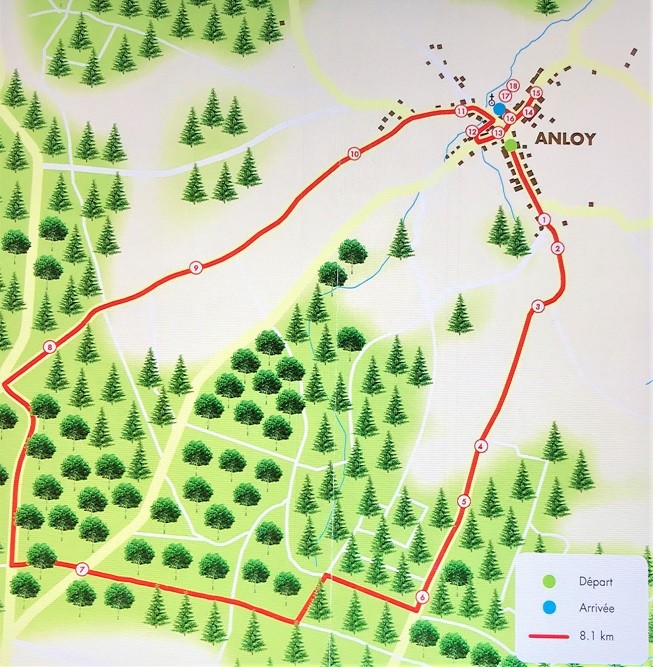 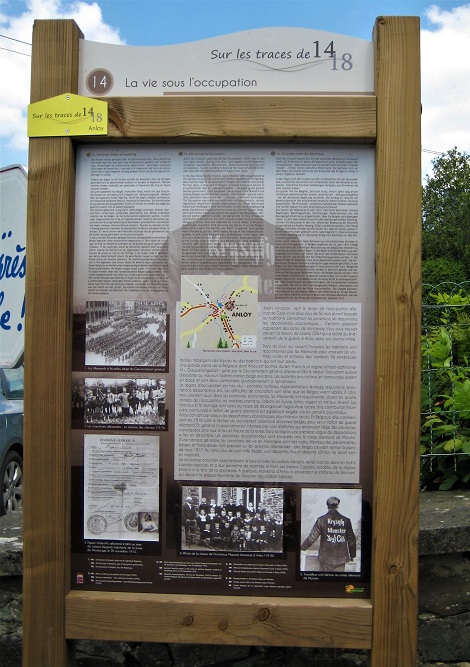 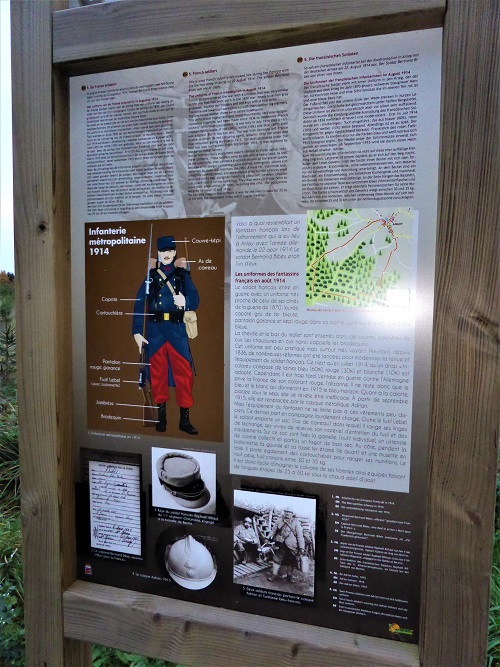 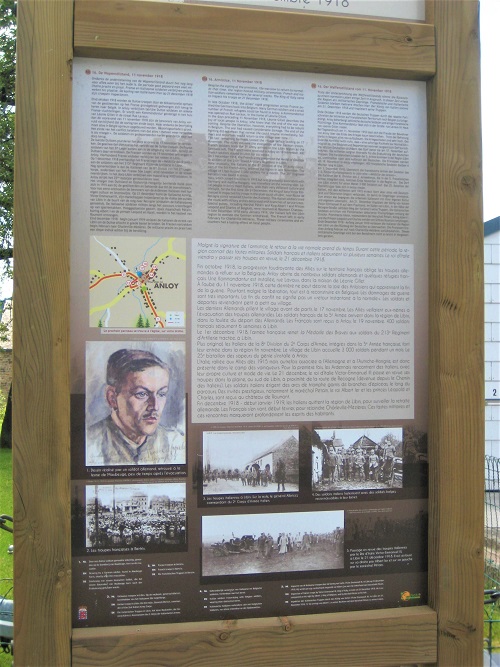 Walk along the traces of the 1st world war

In August 1914, the Battle of the Borders was the first general confrontation of the Great War. Joining the war was a surprise for Belgians. In fact, the country was neutral and the invasion of the territory by the German forces was a real violation.
Germany passed through Belgium to attack the French army from behind and push through to Paris.
This violation of Belgian neutrality prompted the Allied great powers to join the war and form the Triple Entente: France, the United Kingdom and Russia.
At the general mobilization of July 31, Belgium could count on 200,000 men, against 3,840,000 for Germany. The defense of the country rested on three fortified places: Namur, Liège and Antwerp.
On August 4, Belgium was attacked by a German army superior in all areas (size and armament). The 12 Liège forts fell, one after the other.
Brussels fell four days later. After the fall of the forts of Namur, the Belgian army withdrew to Antwerp and finally to the Yser, where the front stabilized for 4 years.
In Belgian Luxembourg it was the French who opened the attack through Joffre on 22 August and met the Germans here in the Ardennes.
The Battle of Anloy on 23 August 1914 was part of the "Battle of the Borders" between the German and French infantry troops supported by artillery. The French artillery was stationed in Jehonville: a tactically wrong place for this battle because they had to shoot over the woods without a precise view. The Germans won this battle and on August 23, 1914, 1750 soldiers (1150 F and 600 D) were killed.
Many found their final resting place in the military cemetery of Anloy Heide, on this walk. A smaller cemetery is located in the forest of Luchy, on the connecting road from Ochamps to Bertrix.
More than 50 citizens of Anloy were murdered, the village burned down.

Military cemeteries, monuments and plaques, signposted routes all traces of this tragic history, on the roads of memory.