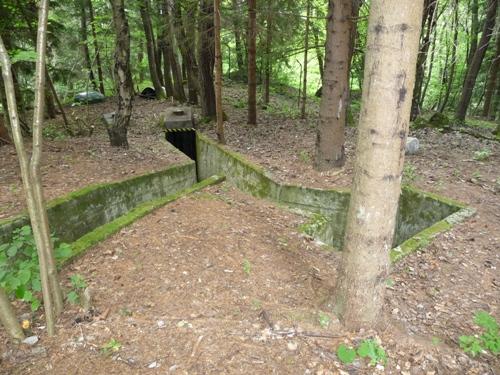 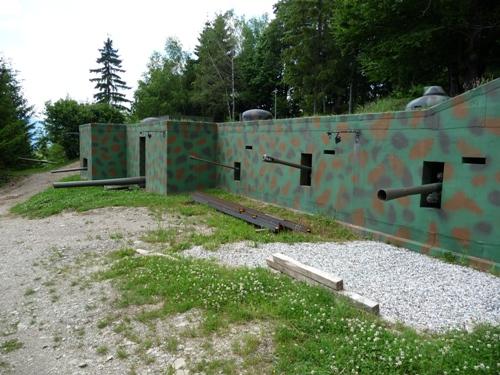 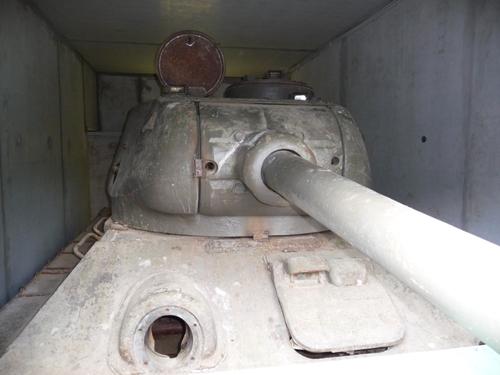 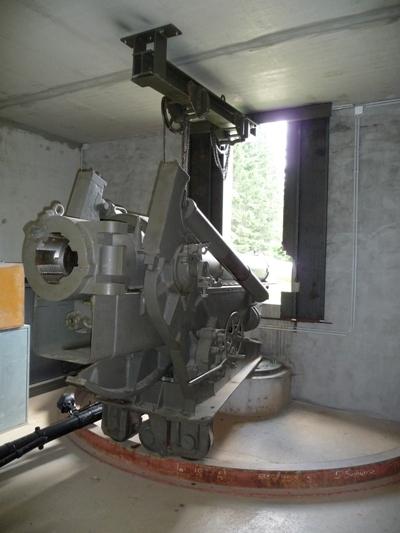 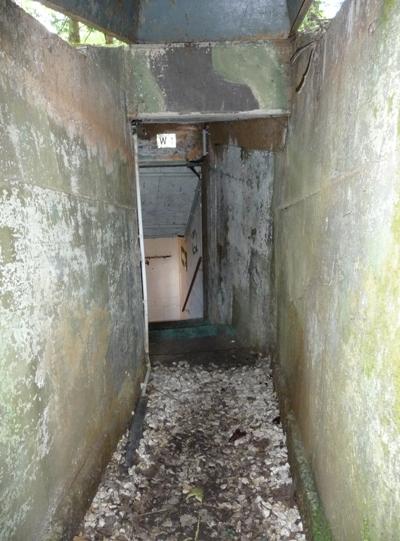 From the parking place, it is a short walk on a steep forestroad to the museum.

This bunker-complex was built during the Cold War, so after World War II. In 1991, it became operational again due to the battle in Yugoslavia (and in 1968 because of the Praque Spring). The complex exists of original bunkers with equipment, connected by concrete trenches. Some bunkers still have the original turret, which is enterable.

There is also a collection of guns and vehicles, including an original T34, left by the Russians after World War II. There is also a turret of a T34/85 and an American 155mm gun from 1945. There are also some guns from just after the Second World War, including a Bofors 40 mm anti aircraft gun which still can be aimed.
Along the road to Slovenia is also a T34 tank located.

The museum is nice to visit, because of the original bunkers and equipment and the way they are built in the mountain.