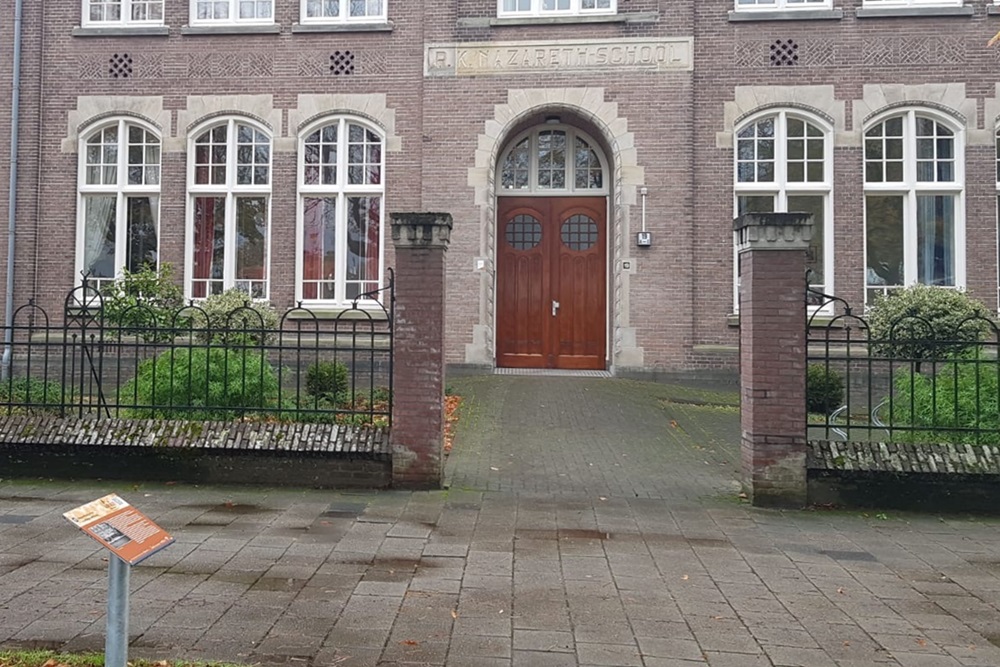 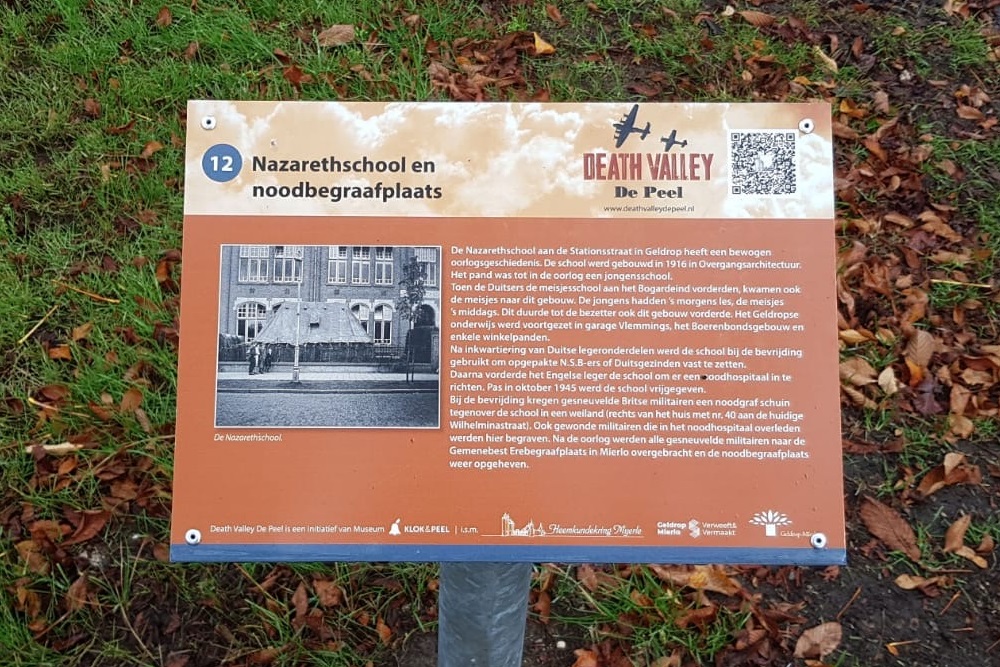 The Nazereth School on the Stationsstraat in Geldrop has a turbulent war history. The school was built in 1916 in Transitional Architecture. The building was a boys' school until the war.
When the Germans requisitioned the girls' school at the Bogardeind, the girls also came to this building. The boys had lessons in the morning, the girls in the afternoon. This lasted until the occupier also requisitioned this building. Geldrop education was continued in the Vlemmings garage, the Boerenbonds building and a few shops.
After the billeting of German army units, the school was used during the liberation to detain captured N.S.B.ers or Germans.
Then the English army requisitioned the school to set up an emergency hospital. The school was not released until October 1945.
During the liberation, fallen British soldiers were given an emergency grave diagonally opposite the school in a meadow (to the right of the house with no. 40 on the current Wilhelminastraat). Wounded soldiers who died in the emergency hospital were also buried here. After the war, all fallen soldiers were taken to the Commonwealth War Cemetery in Mierlo and the emergency cemetery was closed again.