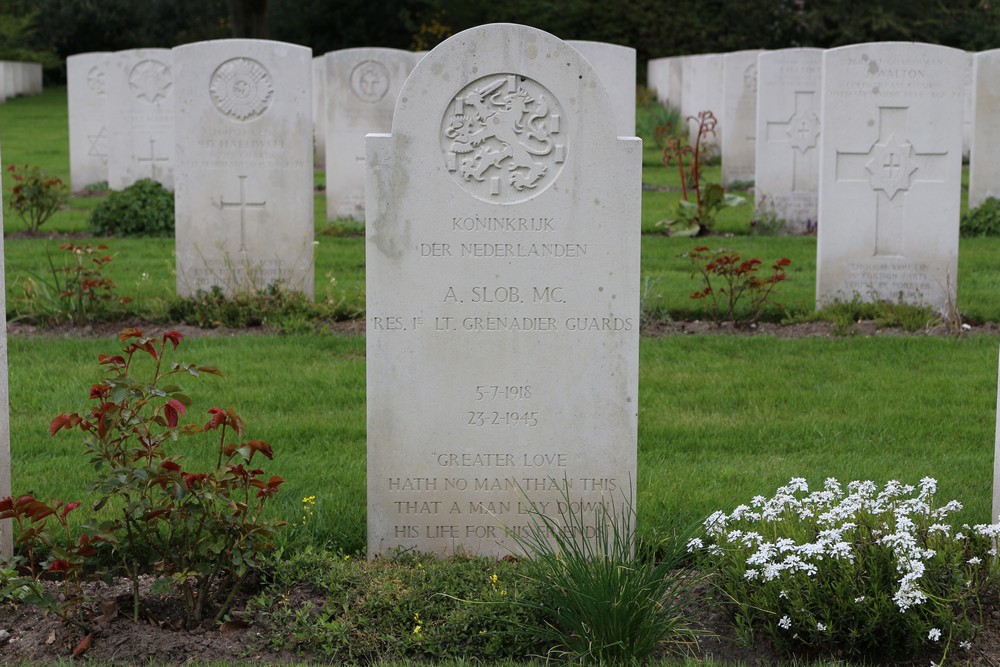 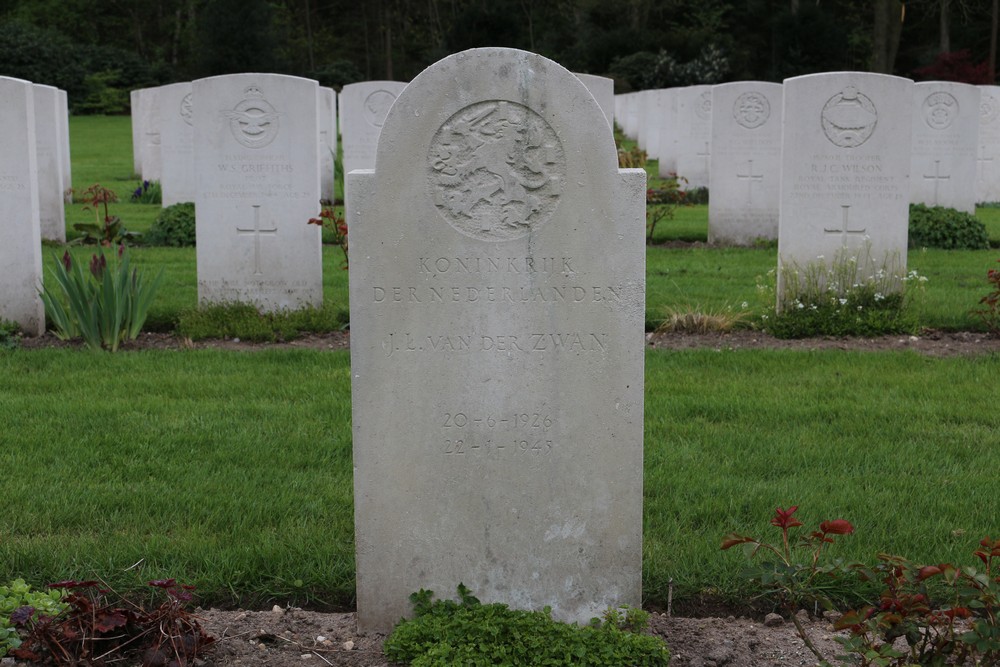 On the Commonwealth War Cemetery Jonkerbos in Nijmegen are two Dutch war graves.

Adriaan Slob was originally from Sneek. In the first days of the war in the Netherlands, he fled to Britain. Where he was connected with the Royal Dutch Brigade. Adriaan was a very fanatical soldier, he followed several courses and worked his way up to Lieutenant. After a course to become a British officer, he became an officer with the Grenadier Guards. In June 1944 he arrived in France. After several battles in which he earned the Military Cross award, he entered in September 1944 the Netherlands. Here he had contact with the Dutch resistance and worked with the Americans to recapture the Waal Bridge at Nijmegen from the Germans. On February 23th 1945, he was killed by an accident in Nijmegen, one day before this, a tank intercepted his jeep at the Keizer Karel Square. He died in the British field hospital in Mariënbosch.
Until 2004, Adriaan had a Commonwealth gravestone of the Grenadier Guards. In 2004 this was replaced by a Dutch gravestone. 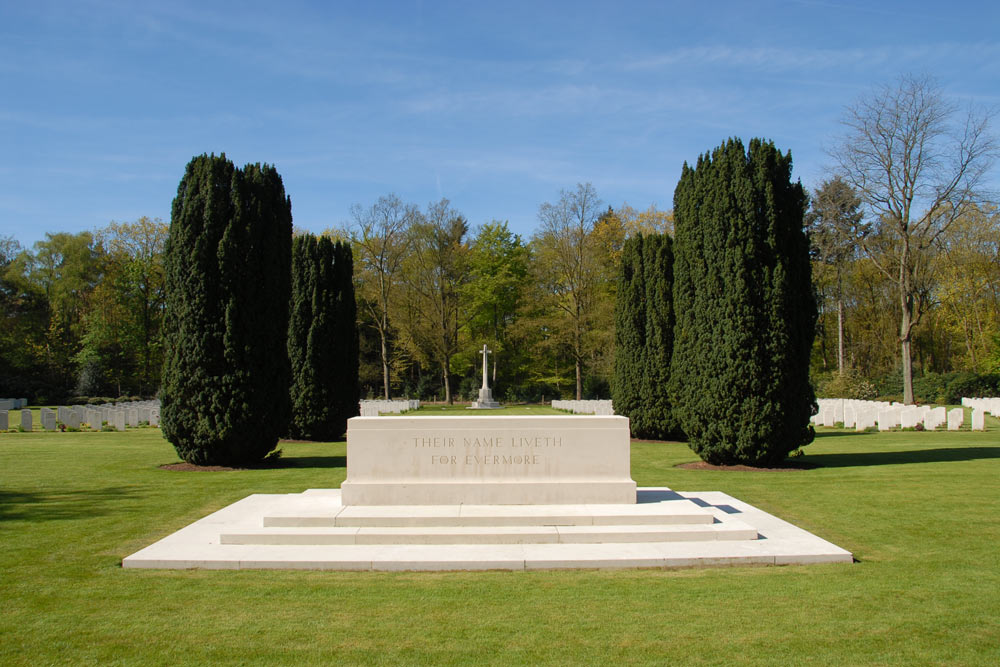