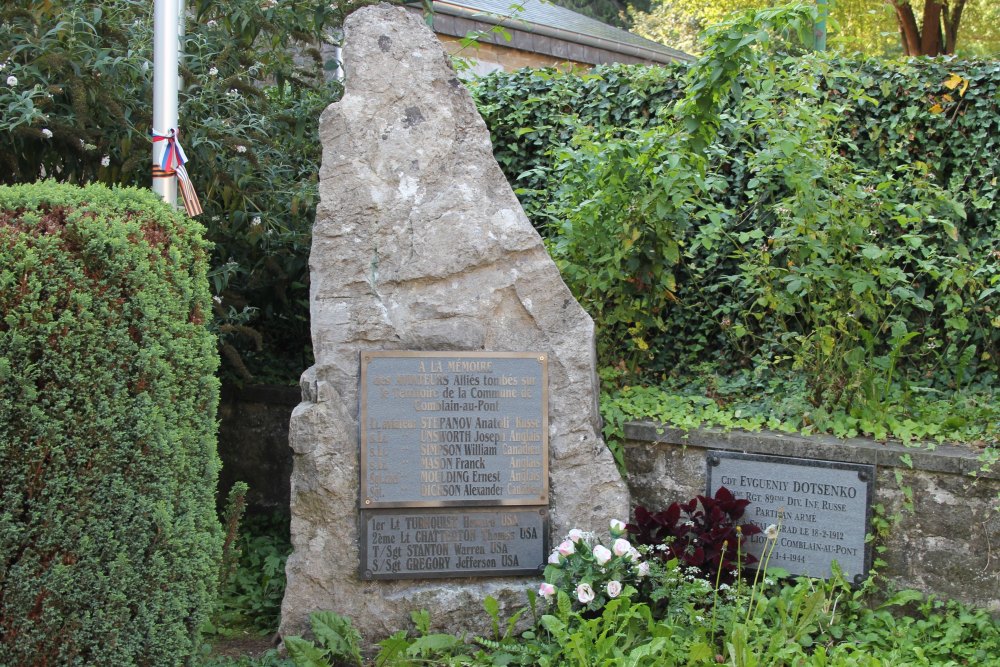 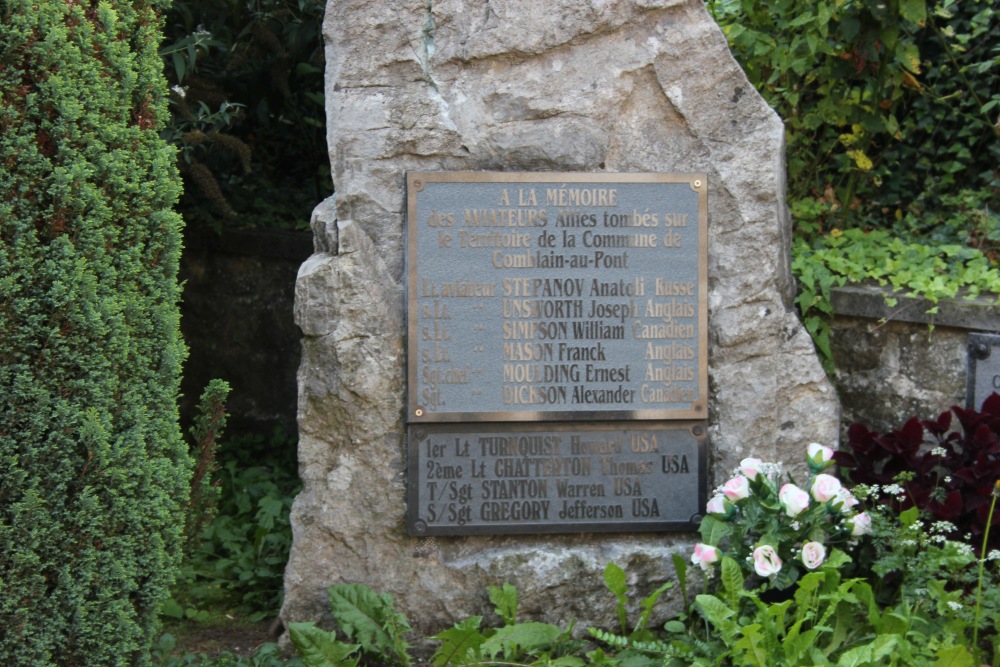 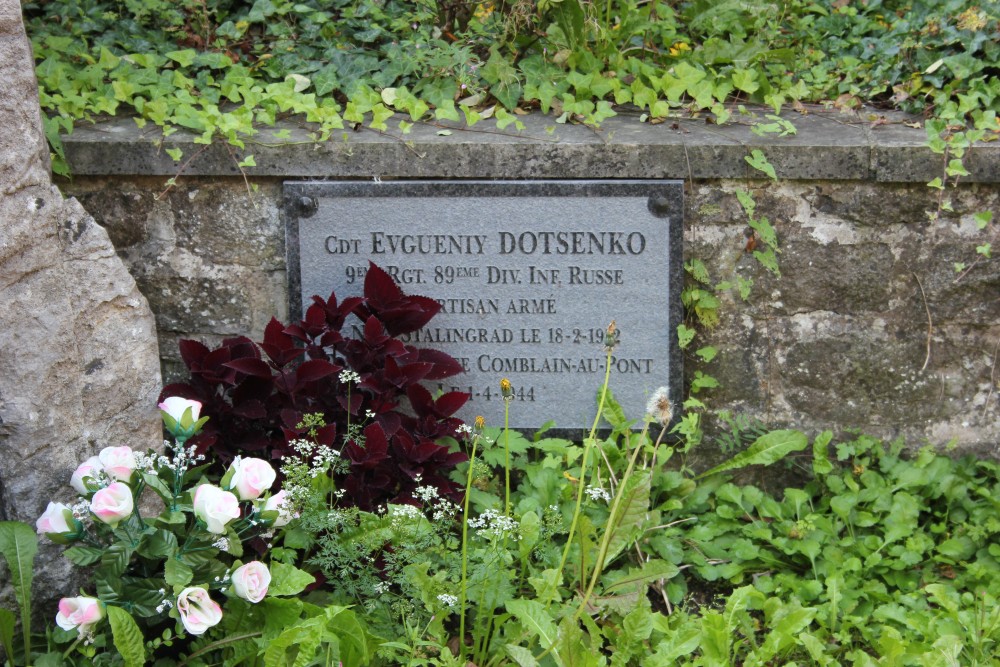 This memorial commemorates the allied airmen who lost their lives at Comblain-au-Pont during the Second World War.

The plaque also mentions Lt Anatoli STEPANOV, Russian pilot. He was a forced laborer in the coal mines in Limburg (Belgium). He escaped and joined the Resistance. He was shot by the Germans on 12 July 1944.
Lt Anatoli STEPANOV is buried in the cemetery in Comblain-au-Pont.