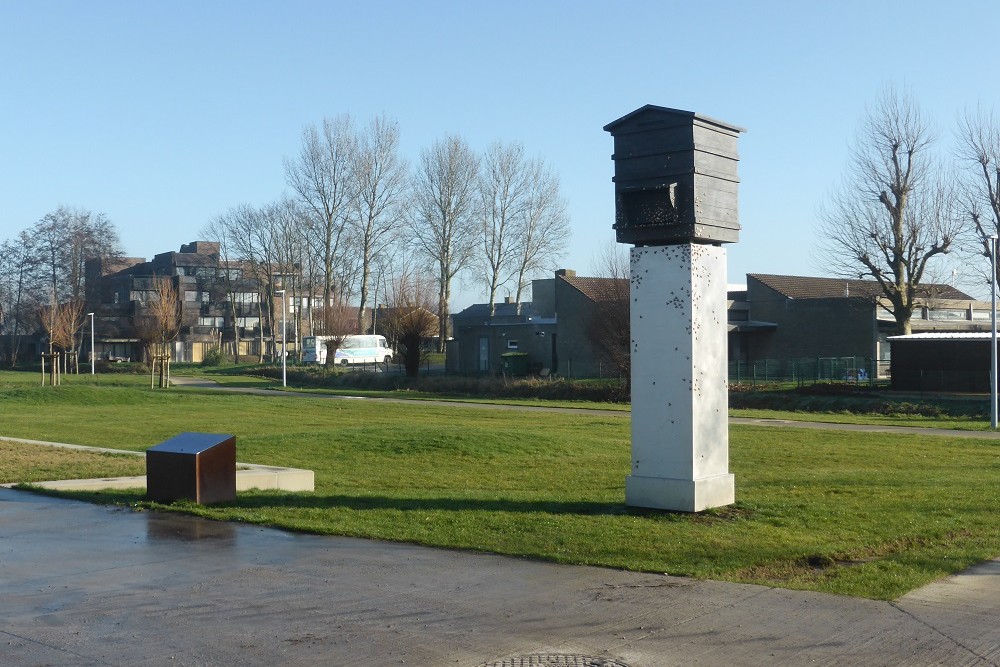 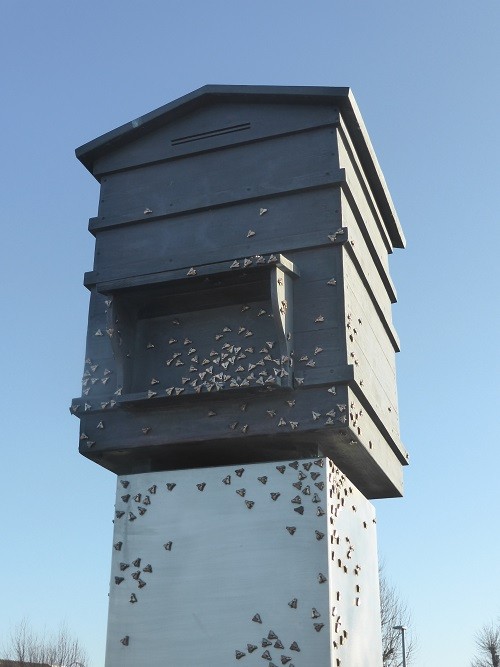 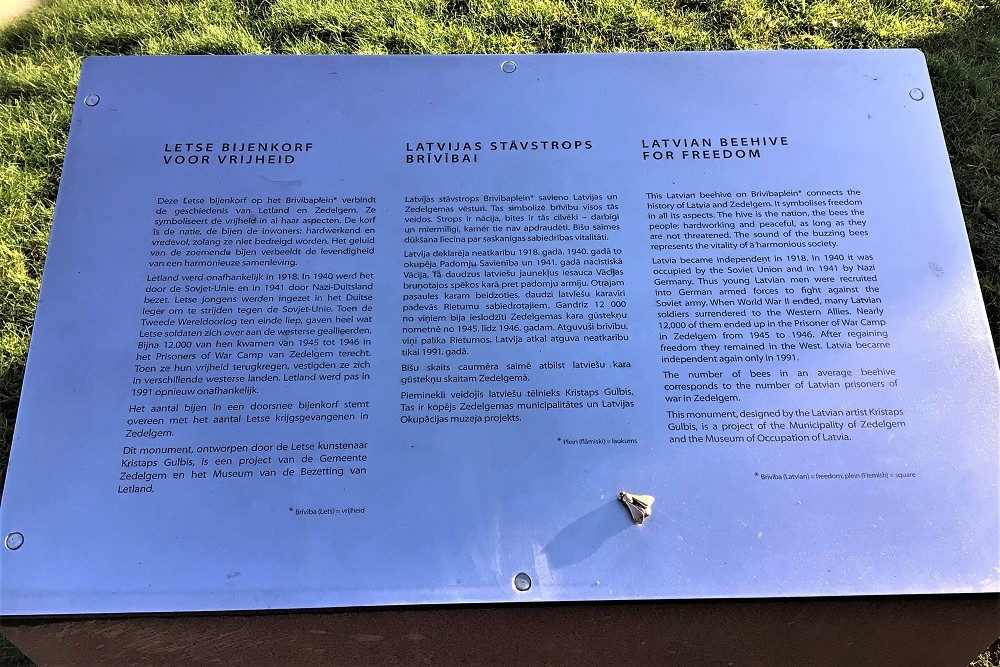 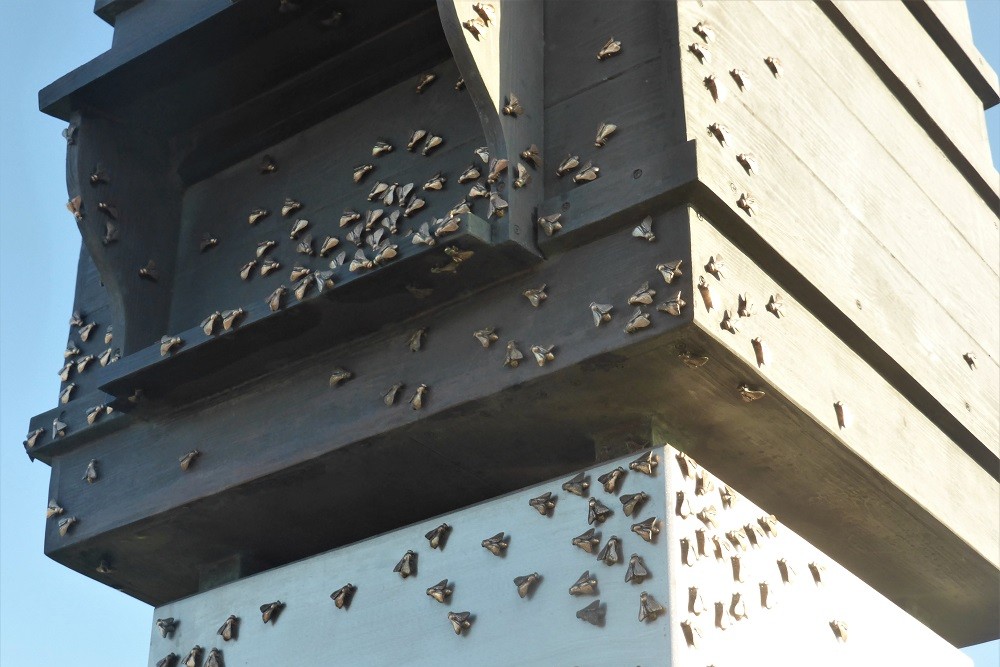 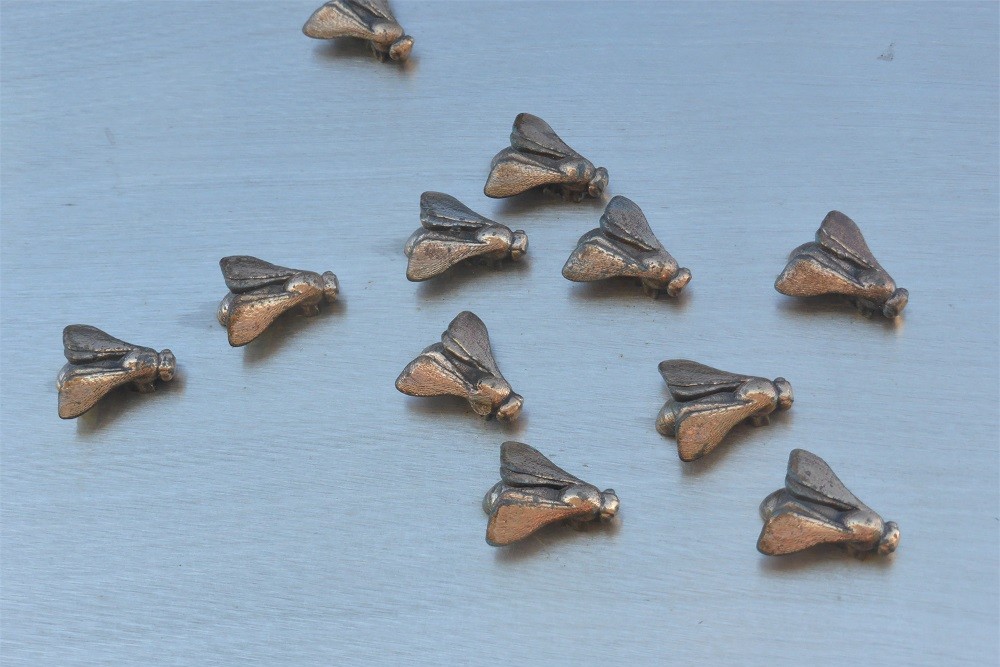 Latvia became independent in 1918. In 1940 it was occupied by the Soviet Union and in 1941 by Nazi Germany. Latvian volunteers enlisted in the Latvian Legion of the German Waffen-SS to fight against the Soviet Union. As World War II drew to a close, many Latvian Waffen-SS soldiers surrendered to the Western Allies.
Nearly 12,000 of them ended up in the Prisoners of War (POW) Camp in Zedelgem from 1945 to 1946. When they regained their freedom, they settled in various Western countries. Latvia regained its independence only in 1991.

The monument "The Latvian Beehive" was inaugurated on September 23, 2018 and is located on a new square about three kilometers from the former POW camp.
It links the history of Latvia and Zedelgem and symbolizes freedom in all its aspects (Briviba is the Latvian word for freedom).
The hive is the nation, the bees are the inhabitants: hardworking and peaceful as long as they are not threatened. The sound of the buzzing bees conveys the vibrancy of a harmonious society.

The monument consists of a bronze beehive on a column of polished stainless steel, set with hundreds of gilded bees. The artwork is illuminated from the inside and a buzzing sound can be heard. The number of bees in the beehive corresponds to the number of Latvian prisoners of war in Zedelgem.
The monument, designed by the Latvian artist Kristaps Gulbis, is a project of the Municipality of Zedelgem and the Museum of the Occupation of Latvia.