Route of Commemoration No.25: Heartbreak Crossroads 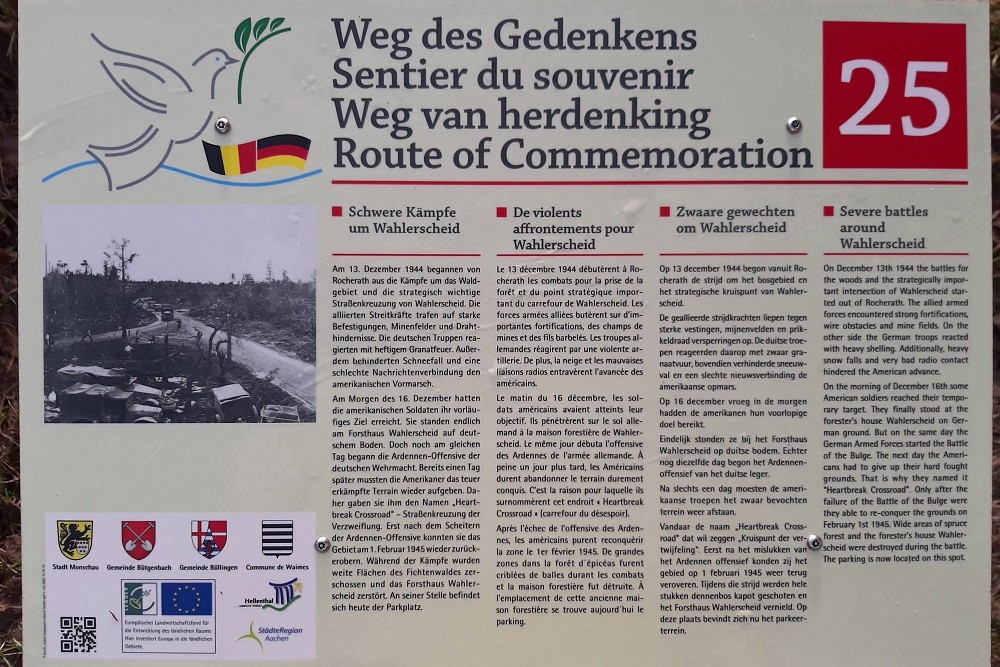 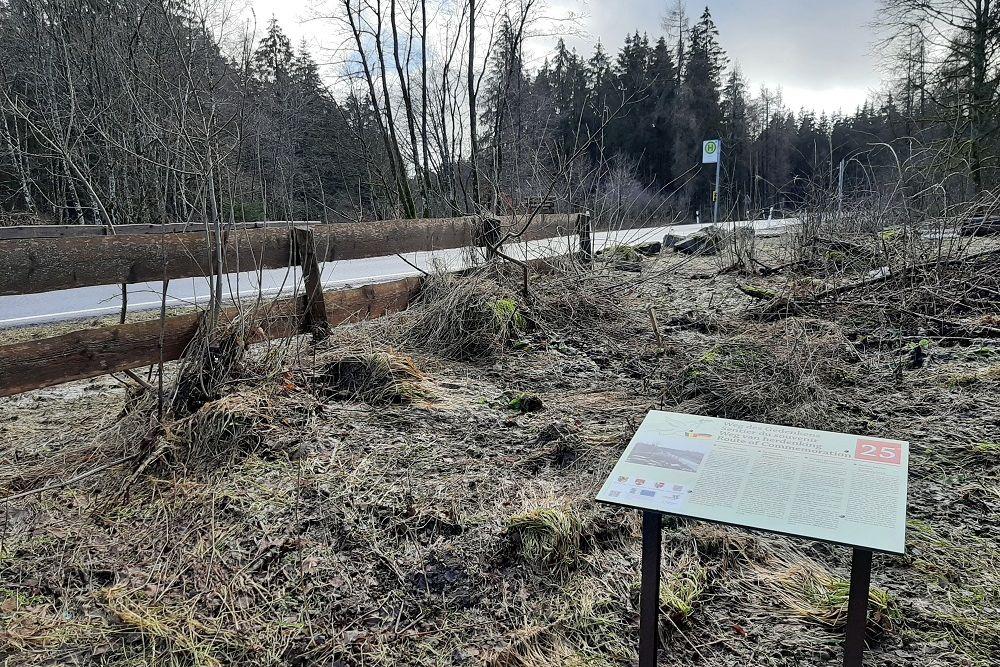 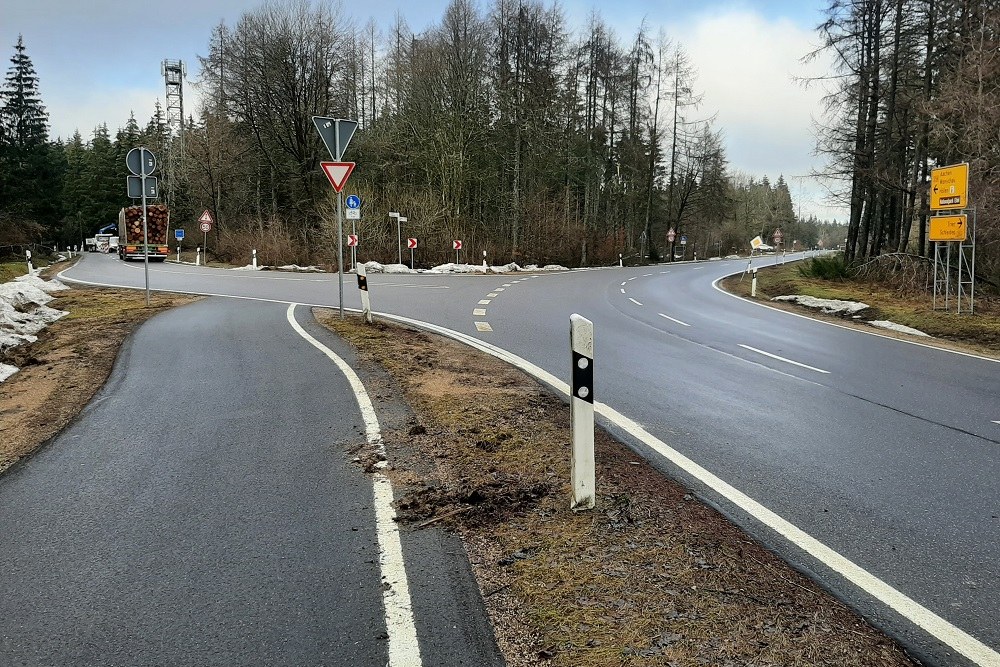 Info panel No. 25
On December 13th 1944 the battle for the woods and the strategically important intersection of Wahlerscheid started out of Rocherath.
The Allied armed forces encountered strong fortresses, mine fields and wire obstacles. On the other side the German troops reacted with heavy shelling. Additionally, heavy snow falls and very bad radio contact hindered the American advance.

On the morning of December 16th some American soldiers reached their temporary target. They finally stood at the foresters house Wahlerscheid on German ground. But on the same day the German armed forces started the Battle of the Bulge.
The next day the Americans had to give up their hard fought grounds.
That is why they named it "Heartbreak Crossroad. Only after the failure of the Battle of the Bulge were they able to re-conquer the grounds on February 1st 1945. Wide areas of spruce forest and the foresters house Wahlerscheid were destroyed during the battle. The parking is now located on this spot.