Crypt Battle of the Bulge Memorial 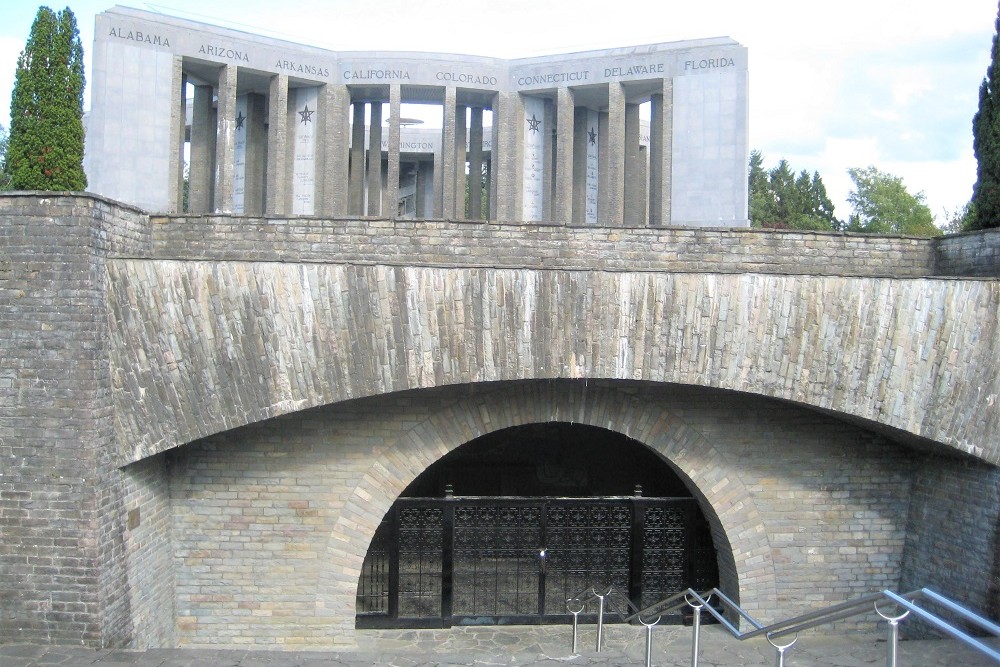 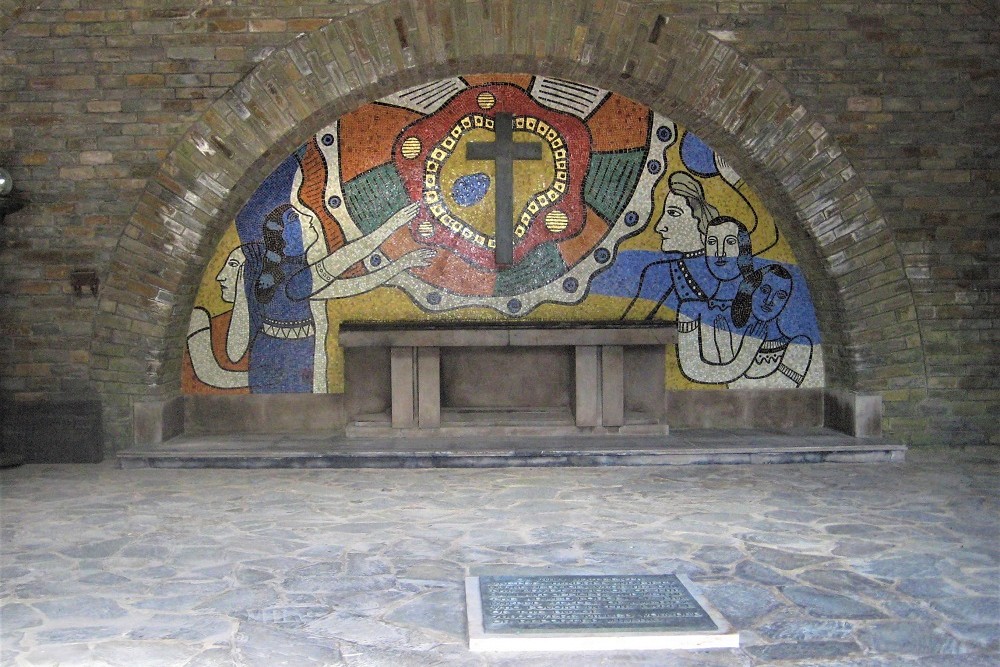 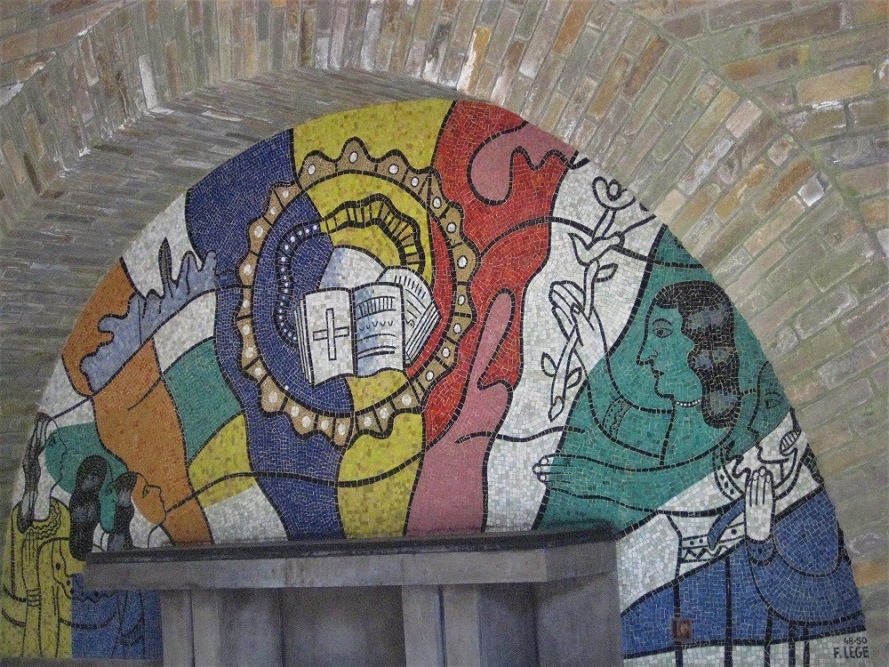 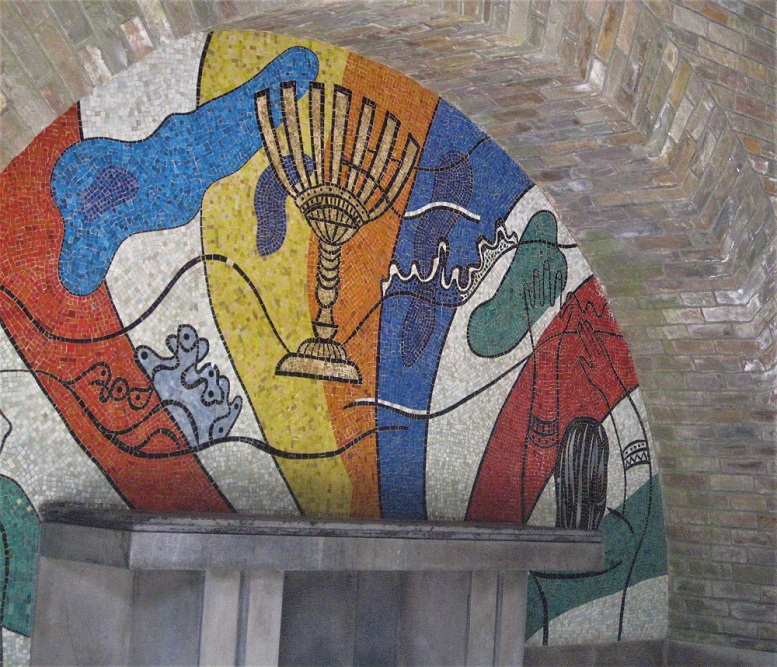 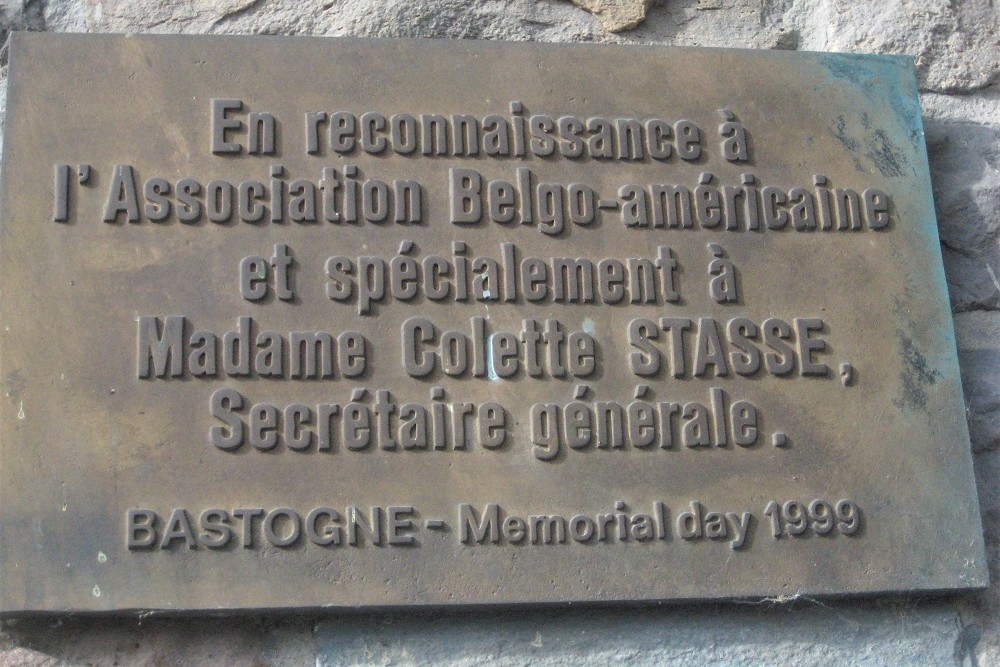 At the base of the memorial, a crypt has been dug into the rock, decorated with mosaics by French artist Fernand LEGER.
The crypt contains three altars: a Catholic, a Protestant, and a Jewish; where the relatives of the Americans can retreat to remember their dead.

The Battle of the Bulge monument was dedicated on July 16, 1950.

In the center is a memorial plaque:
On July 16, 1950, services were held in this crypt in honor of the brave officers and men of the armed forces of the United States of America who fought in the Battle of the Bulge.
76,890 were killed, injured or reported missing. "

There is also a memorial plaque:
"Grateful to the Belgian-American Association and especially to
Mrs. Colette Stasse, Secretary General
Bastogne - Memorial Day 1999 " 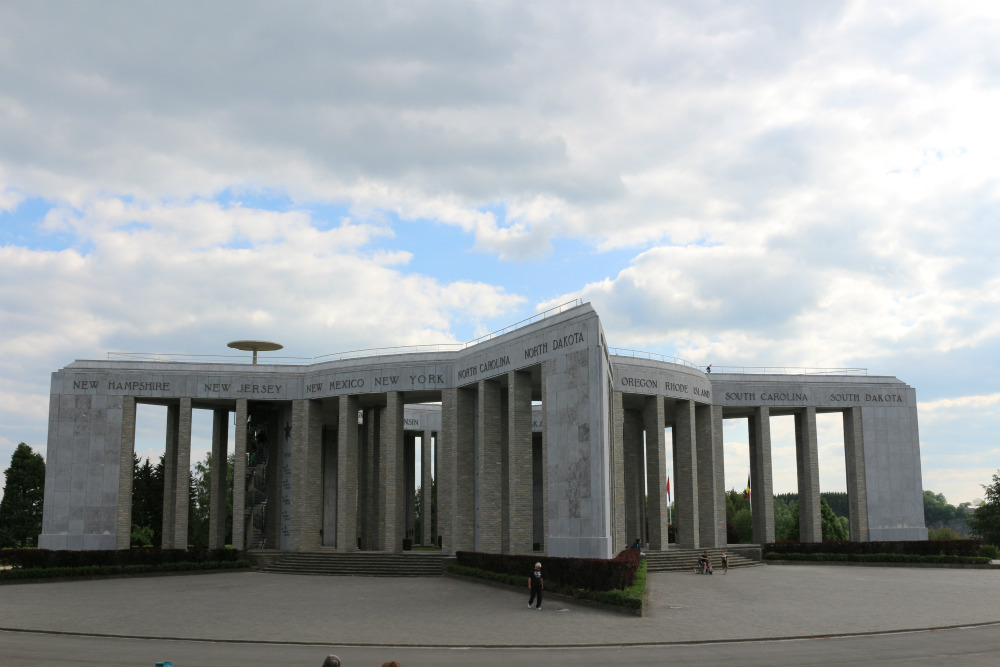 Battle of the Bulge Memorial